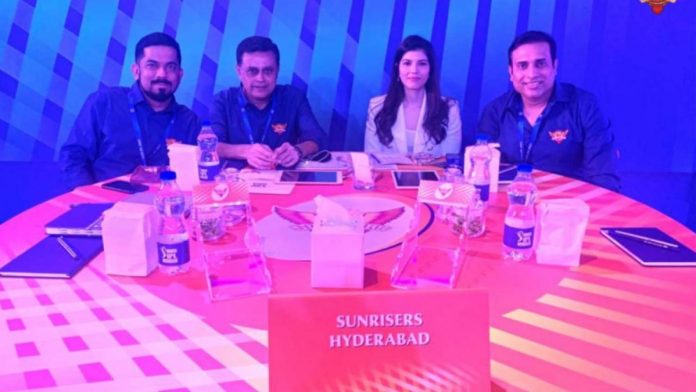 Sunrisers Hyderabad (SRH) were among the most dormant teams at the auction table in the auction for the 2021 edition of the Indian Premier League (IPL) which took place yesterday in Chennai. The franchise which chose to retain a huge chunk of their players went for only three signings in Kedar Jadhav, J Suchith and Mujeeb Ur Rahman. None of the three were big money signings as well.

SRH had a more than decent season last year as they finished 3rd after recovering admirably from a slow start. Their batting seemed to come together as a unit throughout while their bowling looked effective as ever. Their lower-order Indian batters seemed to be the weakness and with Jadhav’s signing, that seems to have been addressed as well. They have also got additional spin options in Suchith and Mujeeb.

The Sunrisers Hyderabad camp were represented at the auction yesterday by a lady whom the netizens named as a ‘mystery girl’. However, the concerned woman, Kaviya Maran is quite a popular figure in Tamil Nadu and Andhra Pradesh. She is the CEO of SRH and the daughter of Kalanithi Maran who owns the Sun TV Network in Tamil Nadu. Kalanithi Maran is also involved with the DMK political party.

This is not Kaviya’s first appearance representing SRH as well. She can be seen watching a lot of games when they take place in India. She was seen actively attending matches in the 2018 edition of the IPL. She went viral on the internet during that time as well.