IPL 2021: WATCH – Andre Russell laughs from the dugout after Chris Gayle dives in the field 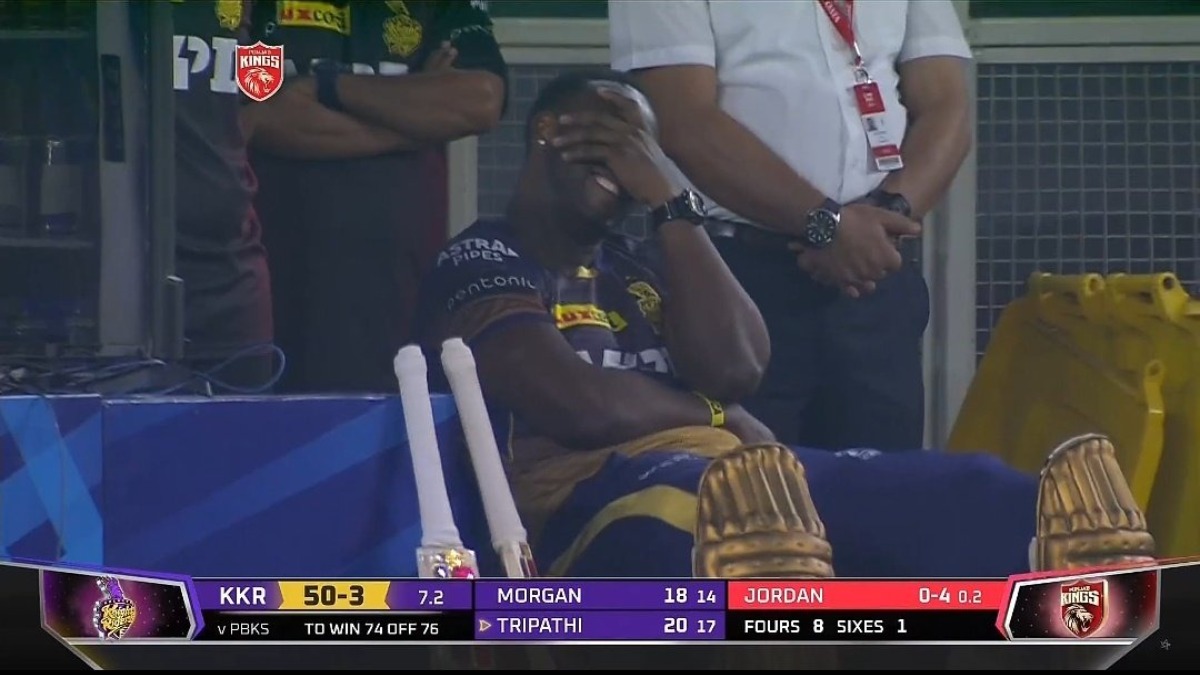 Kolkata Knight Riders (KKR) secured victory against Punjab Kings (PBKS) yesterday as they rode on an excellent all-round performance at the Narendra Modi Stadium in Ahmedabad in the Indian Premier League (IPL) 2021. Putting the KL Rahul-led side in to bat, the KKR bowlers were spot on with their lines and lengths as they picked up regular wickets to restrict PBKS to just 123/9 in 20 overs.

In the chase, KKR suffered some early blows as their openers got dismissed cheaply, but Rahul Tripathi and Eoin Morgan steadied the ship while taking calculated risks. Their knocks ensured that KKR got home in under 17 overs with skipper Morgan remaining not out in the end. The Englishman was also awarded the Man of the Match award for his unbeaten knock of 47 runs in 40 balls.

Apart from a few misfields, Punjab Kings were electric on the field in the second innings. Ravi Bishnoi took a blinder of a catch to dismiss Sunil Narine to raise hopes of an unlikely comeback victory. In the very same over, Chris Gayle fielded a ball excellently and nailed the stumps with a direct-hit. Although the batsman Tripathi himself thought he hadn’t made it to the crease, replays showed that he in fact, had.

Gayle was also extremely active on the field throughout the match till he went off injured. During a fielding effort where he dived to save the ball from going to the boundary ropes, fellow West Indian and KKR player Andre Russell was seen unable to control his laughter from the dug-out. This moment has now gone viral.