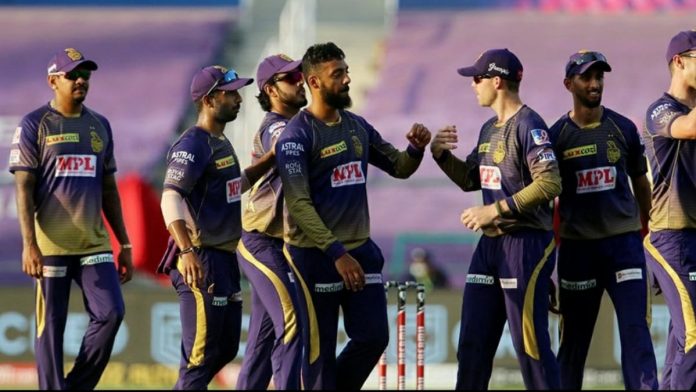 The Kolkata Knight Riders are coming off yet another disappointing season as they failed to make it to the playoffs. The reason behind it being the failure of some big names on the side. This time around, they will be looking to overturn their fortunes. And they have taken the first step towards it as they got their strategies spot on in the mini-auction.

The two-time champions bought Sheldon Jackson, Shakib Al Hasan, Karun Nair, Harbhajan Singh, Pawan Negi, Vaibhav Arora, Venkatesh Iyer and Ben Cutting. This meant they virtually left no chink in their armor going into a brand new season. But this also means that we will see a new, revamped side this season.

As the Knight Riders gear up to chase their third title, we predict their playing XI for the upcoming season.

Young gun Shubman Gill was the pick of the KKR batsmen last season. The Punjab batsman top-scored for the side as he amassed 440 runs at an average of 33.84. While he was solid atop the order, his strike rate of under 120 is something for him to work on. Nonetheless, his job will be similar this season too, that of playing the anchor, with flamboyant Rahul Tripathy on the other side.

Although Rahul has struggled lately with his form, his best knocks in the league have come as an opener. With Sunil Narine failing majestically, Tripathy should be given a chance to prove his mettle as an opener. Taking backups, an inform Sheldon Jackson is KKR’s best bet of either if the openers fail or suffer an injury. Swashbuckling all-rounder Ben Cutting could also be sent as an opener. He could be effective in a similar way as Narine was.

The middle order of KKR is in the experienced hands of Nitish Rana, Dinesh Karthik and captain Eoin Morgan. The trio is more than capable of taking the game away from the opponents with their exquisite hitting abilities. At the same time, they can stabilize the ship in case of a top-order collapse. Barring former captain Karthik, Rana and Morgan were in top form last season.

The recently concluded SMAT saw Karthik return to form which is good news for KKR. Barring the big three, KKR have Rinku Singh, Karun Nair and Pawan Negi as backups. Except for Negi, the other two are specialist batsmen and can go big if the team needs them. Aussie all-rounder Ben Cutting can also slide into the middle order providing some extra firepower if needed.

Back in KKR, Shakib Al Hassan is all but set to be in the playing XI. Given Sunil Narine’s recent drop in performances, both with the bat and ball, Hassan will be the first choice spinning all-rounder. With him will be the destructive Andre Russell to ramp up KKR’s death batting and bowling, to some extent. Despite a big dip in form, KKR seems to be trusting Russell’s prowess with the bat given his history in the format.

As if backups, the team has no dearth of all-rounders. The likes of Sunil Narine, Pawan Negi and Ben Cutting are waiting on the bench to fill in. Cutting will be the first one in the pecking order given his recent heroics in the BBL. He will be a like-for-like replacement for Russell as Negi is for Shakib, in case either of them gets injured.

The bowling department of the Knight Riders looks more or less settled. Varun Chakravarthy is all set to feature as KKR’s lone specialist spinner following his heroics last season. The mystery spinner scalped 17 wickets in 13 games during IPL 2020 including a five-wicket haul. Barring him, KKR features a plethora of options in Harbhajan Singh, Kuldeep Yadav, Narine and Negi. It will be interesting to see how KKR decides to use Kuldeep given his recent performances and lack of opportunities.

In the fast bowling department, Pat Cummins will be spearheading an attack featuring young guns Prasidh Krishna and Kamlesh Nagarkoti. While Cummins was impressive last season having scalped, he is yet to justify his price tag. On the other hand, Krishna and Nagarkoti will have to cement their positions early on with a bunch of talented quicks in the side. Shivam Mavi and Locke Ferguson are the main figures on the bench which also features Sandeep Warrier, Vaibhav Arora and Venkatesh Iyer.