Rajasthan Royals will play Delhi Capitals in the seventh match of the Vivo IPL 2021’s at Wankhede Stadium in Mumbai today, 15th April.

In the last game against Punjab Kings, Sanju Samson chose to bowl first and handed the new ball to Chetan Sakariya, who gave just 11 runs in his very first spell, plus Mayank Agarwal’s wicket. However, a combined effort from KL Rahul and Deepak Hooda helped Punjab Kings to a massive 221. Sakariya was RR’s most effective bowler, finishing with figures of 4-31-3. Sanju Samson scored 119 runs in just 63 deliveries, becoming the first player to score a century on his captaincy debut. He did, however, fall short by a few yards when he was caught at the lines on the last delivery.

In the post-match presentation, Sanju Samson expressed his emotions about the thriller game.  ‘I don’t have words to tell, very close game, came close but unfortunately. I don’t think I could have done anything more, timed it well, but unfortunately couldn’t clear the man in the deep. It’s all part of the game (when asked about the bowlers going for plenty from both sides), we thought the wicket was getting better and we could chase the target down. Despite the loss, I think the team played really well.’ said Samson.

The injury of Ben Stokes has added worries for the Rajasthan Royals but Sanju Samson is confident and believes that they have a strong squad and can produce better results.

“The feeling in the squad is really good. We’re all eager to get back on the pitch and do well,” said Sanju Samson in an official press release by Rajasthan Royals.

With the bat, Samson was the Royals’ sole performer. Buttler and Parag made cameo appearances, but that wasn’t enough to push RR over the finish line.

“We played well in the last game and unfortunately didn’t quite get over the line. I think it’s important for us to follow the process and take it game by game,” added Samson. “Important to focus on what our job is, that is to express ourselves and play the brand of cricket we want to play. I believe we have a strong squad that is capable of producing the right results in different situations,” Samson continued.

Chetan Sakariya was the star with the ball in his debut game, but lack of contribution from other bowlers played was a key aspect in Royals’ poor performance.

“I felt we could’ve bowled well in the latter overs, especially after the 14th over, and we’ve had the opportunity to sit down and identify some key areas which we will look to correct against Delhi. It will be about applying ourselves in the middle and executing our plans well,” concluded Samson. 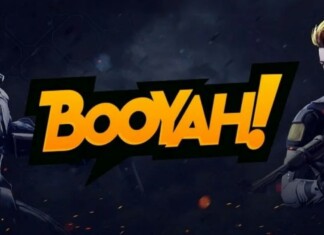