IPL 2021: Twitter reacts as Kolkata Knight Riders use coded messages from the dug out 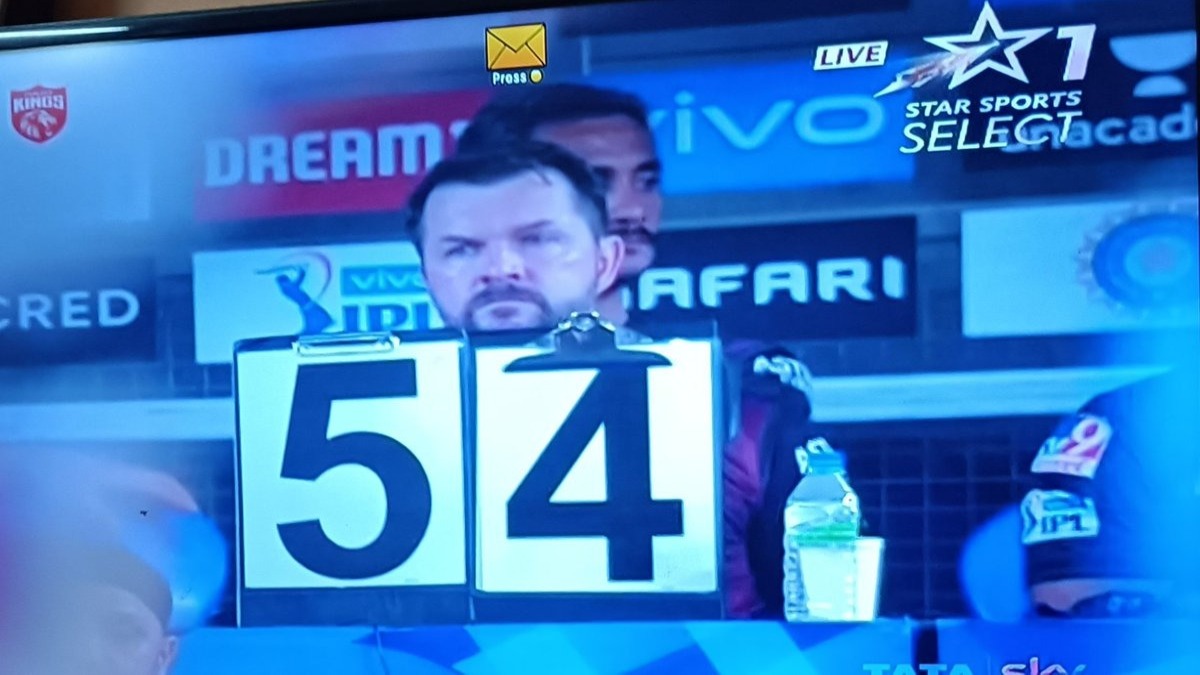 Kolkata Knight Riders (KKR) faced Punjab Kings (PBKS) today at the Narendra Modi Stadium in Ahmedabad and came up with an excellent bowling performance to restrict the side to 123/9. Putting the KL Rahul-led side in to bat first on difficult conditions to bat on, KKR’s early blows in the dismissal were key as KL Rahul and Chris Gayle were sent back to leave the side reeling.

Even as Mayank Agarwal offered some resistance, the others in the middle-order couldn’t do much. There were regular wickets as well as the likes of Sunil Narine, Varun Chakravarthy, Pat Cummins and Prasidh Krishna all shone. Shivam Mavi was superb with his economical spell as well. In the chase, although KKR stuttered a bit, they ensured through a good partnership between Rahul Tripathi and Eoin Morgan that they were on course for victory.

During PBKS’ innings, the KKR management led by analyst Nathan Leamon were seen displaying coded signals from the dug-out showing ’54’. While it was not clear as to what it was, it was an interesting moment in the match. It is noteworthy that Leamon is also England’s analyst and he was famous for giving such signals to the same captain – Eoin Morgan.

Some fans have speculated that the ’54’ could mean that he wants 5 fielders on one side and 4 on the other. Some have guessed that it could be the score to restrict them to within the over while others are clueless.