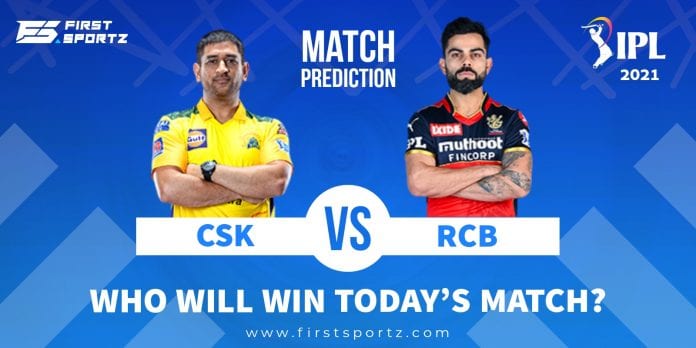 The top two teams in the Indian Premier League (IPL) will go head-to-head today at the Wankhede Stadium in Mumbai as the Chennai Super Kings (CSK) take on Royal Challengers Bangalore (RCB). The latter are on a four-match winning streak while CSK are on a three-match winning streak after losing the first match against Delhi Capitals. With both sides on a roll, this could be a blockbuster clash.

RCB have flown off the blocks this season and all their problems from the previous seasons seem to have been solved. With Glenn Maxwell in sublime form and the rest of the batters in stupendous touch as well, it seems almost certain that RCB would make the playoffs this season. CSK have also been excellent with the bat in the last few matches and they would want to halt RCB’s winning run.

Who will win today’s match: CSK vs RCB

With two of the most in-form sides clashing at a batting beauty of a wicket in an afternoon clash, this match could go either way. Both teams seem to have all bases covered both in batting and bowling. Although CSK’s bowling took a bashing against the Kolkata Knight Riders’ lower-order, they would still feel confident of bouncing back with a performance like the one they came up with against Punjab Kings.

However, RCB are on another level at the moment and hence, they might be favourites to win today. Their top five are on song and have come up with crucial knocks already and it might prove to be difficult for the CSK bowlers to stop them. Further, the bowling depth that RCB have would give them an added advantage in taking bowlers who have been expensive out from the attack.

Also Read: IPL 2021: “Emotions got the best of me” – Andre Russell reveals why he sat on the staircase after getting out to Sam Curran