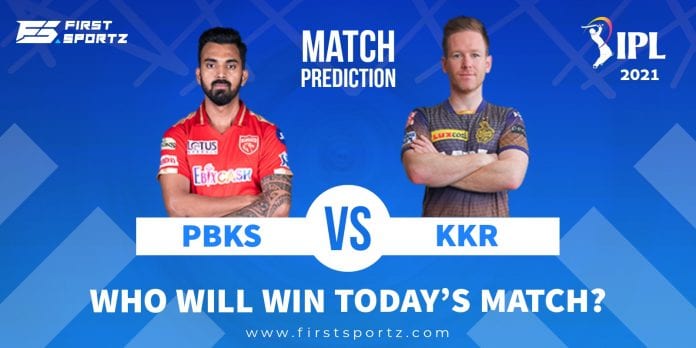 The Narendra Modi Stadium in Ahmedabad is all set to host its first Indian Premier League (IPL) match as Punjab Kings (PBKS) face Kolkata Knight Riders (KKR) at the stadium today. The newly constructed stadium had hosted India’s test as well as T20I matches against England preceding the IPL and now, even in the absence of fans, the grand stadium is set for a stellar opening.

PBKS secured a much-needed victory in their previous match against defending champions Mumbai Indians (MI) thanks to a terrific bowling performance. KKR on the other hand, are in all sorts of trouble as they find themselves on a four-match losing run that has seen them drop to 8th on the points table. They would be desperate for a win today and if they don’t secure that, they would find themselves in a huge spot of bother.

Who will win today’s match: PBKS vs KKR

Despite the losing streak they are in, KKR would still back themselves to win this encounter and bounce back in the tournament. The top-order has been the biggest problem for the side as the batting line-up seems to be bottom-loaded rather than top-heavy like several other teams. It is only a matter of the Indian batters in the top 3 showing intent and coming good which would pay rich dividends for the side.

PBKS did look excellent with both bat and ball in their previous match, but their batting is always prone to collapse and without a reliable bowler who can deliver consistently, there is always the danger of things going horribly wrong. KKR would want PBKS to have one such day. It would take a great effort to get past PBKS today, but KKR have to and they just might.