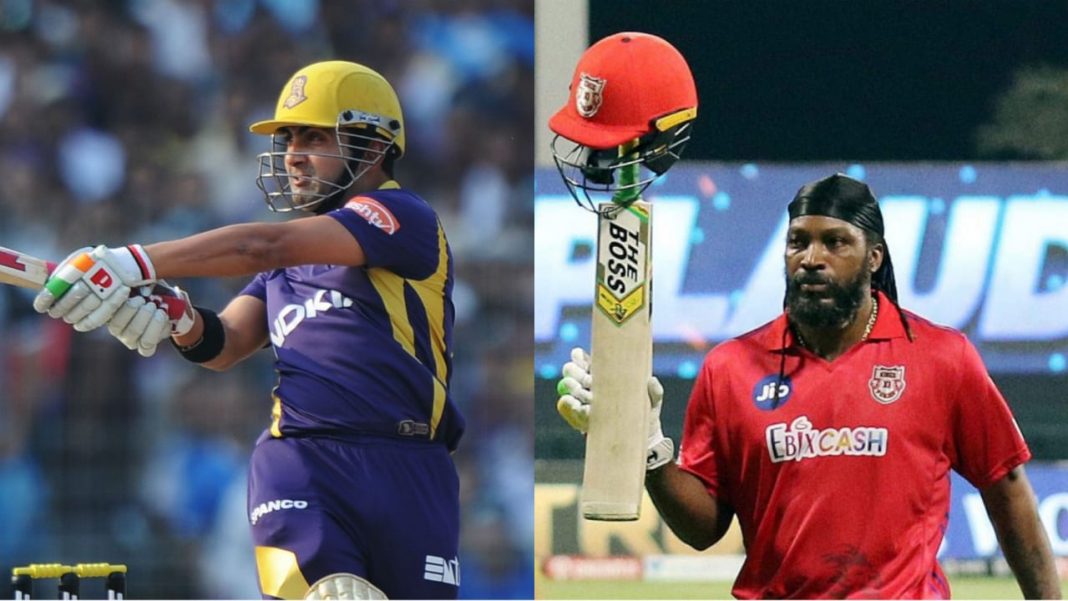 Openers play an important role in T20 cricket. Whether it is chasing a big target or setting a score for the opposition, openers are a vital component in the shorter format. In the shorter format openers get very limited amount of time to adjust to conditions, to the new ball as well as the swing in the initial overs.

An opener’s form decides the outcome of the game in T20 cricket. They need to give a start so that the rest of the team can continue with the momentum. In the Indian Premier League (IPL), we have seen some very skilful and quality openers who have changed the scenario of T20 cricket. In this piece, we are about to discuss the 5 best openers in IPL history who have played a crucial role for their respective franchises. These openers vary from each other depending on their technique, temperament, stroke play, adaptability, and on-field decision making.

Adaptability is an important aspect in T20 cricket and openers who have changed their style of play as per the nature of the wicket and playing conditions have been more successful in the cash-rich event. We take a look at the 5 best openers who have been vital for their respective sides in IPL history.

The ‘Universal Boss’ as he is fondly called is still going strong. Chris Gayle has ruled the sport with his dynamic and aggressive style of play for more than 2 decades. Gayle is still the most feared batsman in limited-overs as well as the shorter formats. The 41-year-old has showcased brutality with his powerful hitting and can blast off any bowling attack on his day. The left-hander can cut the ball powerfully and can split the gaps with his cracking drives.

Gayle possesses limited footwork but can clear the boundary easily with his powerful yet effortless timing. The veteran isn’t afraid to play big shots against the spinners as well as against the pacers during the run of play. The Jamaican has scored 4772 runs in 131 IPL games so far with an average of 41.14 and a strike rate of 150.11. The flamboyant left-hander has also scored 6 centuries and 31 half-centuries in his IPL career.

Gayle’s 175 against Pune Warriors while playing for Bangalore Royal challengers in 2013 was one of the best T20 innings being played in recent times by any player. Kings XI Punjab will hope the left-hander produces the goods like before.

Rohit Sharma is one of those Indian batsmen who has looked the most comfortable batsman in all three formats. The 33-year-old has showcased his quality to build an inning calmly. Rohit Sharma has made batting look easy with his effortless timing and elegant cover drives.

The former Deccan Chargers and current Mumbai Indians player also looks elegant with his classy wrist work and wonderful back foot punches. Sharma can cut the ball crisply and possesses fine footwork on any kind of wicket. Sharma can play the big shots and it’s his timing that amazes everyone. The opener has scored  5230 runs in 200 IPL games with a strike rate of 130.62. The right-hander has registered 1 century and 39 half-centuries in his IPL career.

Gautam Gambhir showcased his ability to pick the length early and his tendency to play the ball late gave him enough time to play the ball in the gaps. The 39-year-old cut the ball wonderfully in the gaps with his effortless timing and was a fine player of spin right throughout his career. Gambhir adapted well as per the situation, playing conditions and was able to change his footwork depending on the nature of the wicket. The former Delhi Daredevils captain would easily split the gaps with his fine cover drives.

The left-hander scored 4218 runs in 154 IPL games with an average of 31.01 and a strike rate of 123.91. Gambhir scored 16 half-centuries in his IPL career. The former Kolkata Knight Riders player had the ability to rotate the strike cleverly as he paced his innings beautifully while chasing a big target. Gambhir won 2 IPL titles while captaining the KKR side.

The Pocket-sized powerhouse, David Warner has destroyed the best bowling attacks with his destructive hitting abilities. The left-hander has showcased his attacking style of play and can judge the length quite early on fast wickets. The 34-year-old can pull the ball powerfully and can cut the ball hard in the gaps with his powerful square cuts.

Warner’s quick footwork allows him to open his arms and play aerial shots. The Australian has showcased his ability to punch the ball even it is in the good length area. The Sunrisers Hyderabad opener can smash any bowling attack with his powerful hitting. Warner has scored 5254 runs in 142 IPL games so far with an average of 42.72 and a strike rate of 141.54. Warner recorded his highest score of 126 against Kolkata Knight Riders. The left-hander has scored 4 centuries and 19 half-centuries in his IPL career.

Shikhar Dhawan was a perfect replacement for Virender Sehwag when he arrived at the test arena with a brilliant 175 against Australia. Dhawan has settled well in any side playing in the IPL. The 34-year-old has smashed the best bowling attacks with his powerful stroke play, destructive square cuts and pull shots. Dhawan doesn’t hesitate to charge the spinners which is why he is the most feared left-hander in the IPL at the moment. The left-hander has showcased his dominance while playing sweep shots against the spinners.

The Delhi Capitals opener has scored 5196 runs in 176 IPL games so far with an average of 34.18 and a strike rate of 126.86. He has registered 2 centuries and 23 half-centuries in his IPL career so far. Dhawan is a free-flowing stroke player who doesn’t hesitate to play aerial shots against the pacers even on bouncy wickets.