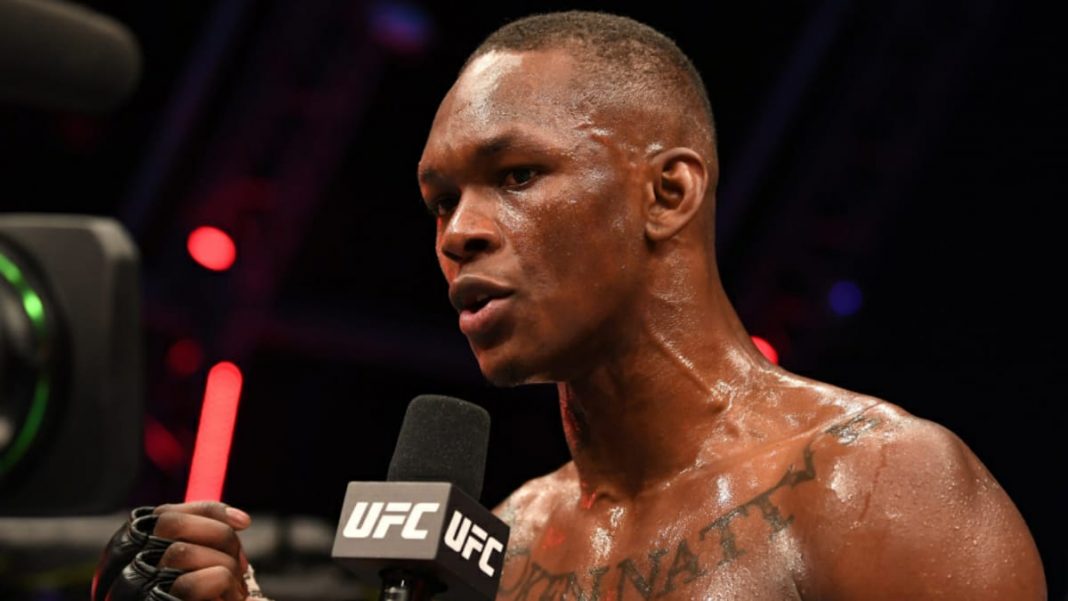 Israel Adesanya got caught up in the controversy regarding his recent “rape” comment about Kevin Holland, who lost his last fight against Derek Brunson.

This all started after Adesanya lost his first MMA fight against Jan Blachowicz, and Kevin Holland trolled him on his after-fight comment.

And when Holland lost the fight Adesanya posted a story which said, “Bro I’ll fu**ing rape you bro,” and this has caused a lot of trouble for Adesanya and many people have spoken on the issue.

The Executive Director of Rape Prevention Education (RPE) Debbi Tohill, has for the irresponsible remark, “People with a large social media following can play a significant role in reducing rates of sexual violence and creating healthy cultures of consent for any sexual activity,” Tohill told Stuff.

“Conversely, these kinds of comments where rape is used as a threat create a culture where it is acceptable to make sexualised comments with the potential to cause further harm. Sportspeople and celebrities can really influence young people, we would like to see this happen in a positive way, not misused and normalizing threats of sexual violence.”

Even New Zealand’s Deputy Prime Minister, Grant Robertson pointed out how his irresponsible behavior was not justified in any shape or form.

He said, “I’m sure Israel understands that, I believe he has deleted the tweet in question. It will be up to the UFC as to what they do. But I would certainly be making clear to him, and to anybody actually, that we have to take rape seriously. It’s not an issue that anyone should be making jokes or flippant comments about at all.”

Israel Adesanya apologized for his comments

Adesanya took to his social media to issue a formal apology for the same, he wrote “Last weekend fight talk escalated to a point in which I crossed the line. I understand the gravity of this word and how it can affect and hurt other people apart from my opponent, although that was NEVER my intention.”

“I am still to growing under the spotlight, and I take this as a lesson to be more selective with the words under pressure.”

Also read: “Stipe was the better fighter that night, but when I look at that fight, I don’t recognize myself,” Francis Ngannou believes things will be different at UFC 260

“Dustin-he wants the rematch and that’s smart,” says Dana White as he hints towards a Conor McGregor and Dustin Poirier trilogy

“I was trying to fight for a little longer,” Usman Nurmagomedov wasn’t impressed by a quick victory at UFC 263