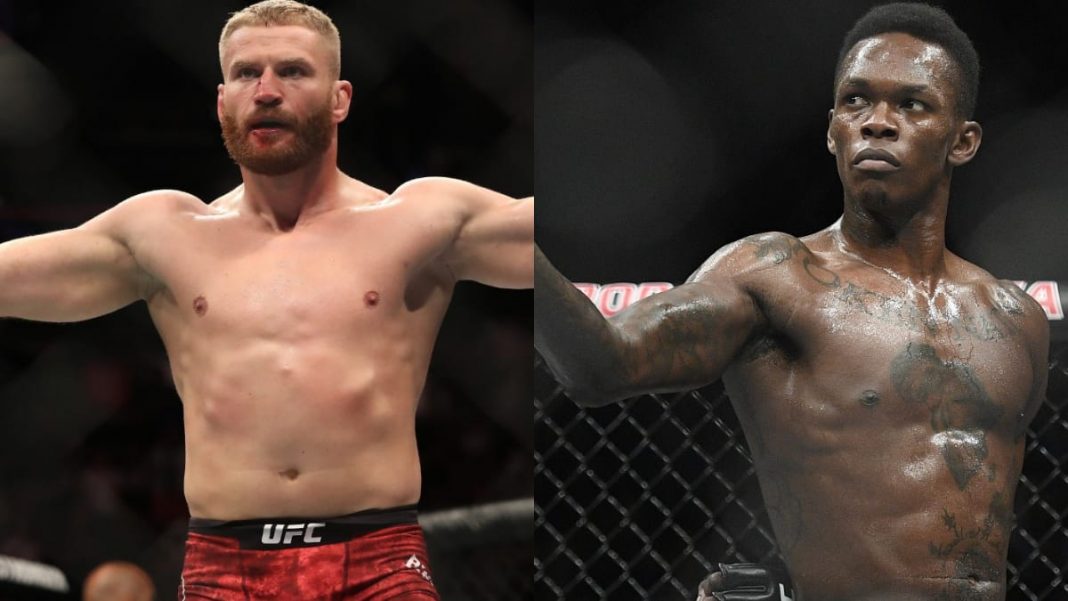 In the wake of this, a YouTube channel named StayHYDRATED Visuals has come up with an exquisite fan-made promo for the upcoming event at UFC 259. The video titled UFC 259: Blachowicz vs Adesanya Promo – “It’s About Legacy” shows Adesanya speaking about his ambitions of chasing all the big names in the fight game. The video provides all the pre-fight hype one can expect.

Posting the video in his own Instagram account, Adesanya captioned the post, “Champ2X. All you need to know is I’m the new light heavyweight champ!! @ufc just hire @stayhydrated.mp4 already.” Impressed with the channel’s edit, Adesanya also requested the UFC to hire the creator of the video.

Israel Adesanya’s coming off a victory over Paulo Costa at UFC 253, which saw him establish his kingship in the middleweight division. Seeking further challenges he decided to move to the 205lbs division. His opponent, Jan Blachowicz, known for his flabbergasting power, is coming off a victory over Dominick Reyes, which saw him clinch light-heavyweight gold. He will be looking forward to making his first title defense a memorable one.

Let us hope the match is good as this fan-made promo!