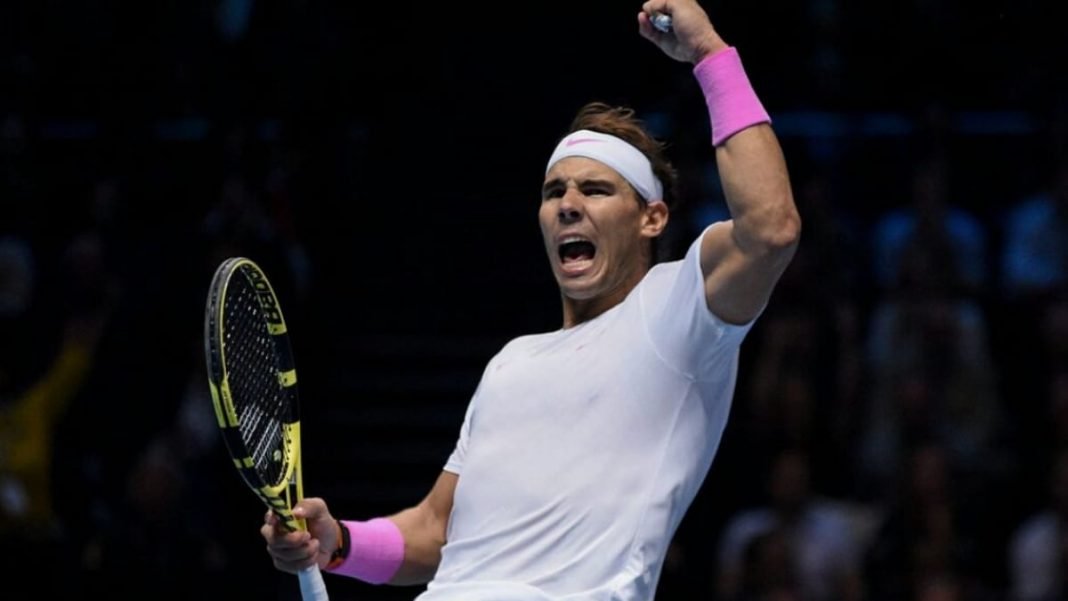 Spanish stalwart Rafael Nadal is an inspiration to millions all around the globe. His ability to dominate on the court with his speed and finesse has made Nadal a role model. And one of those idolizes the 13-time Roland Garros champion is Jordanian teenager Abedallah Shelbayh.

The youngster, who changed his playing from right to left after seeing Nadal play, has been practicing tennis at the Rafa Nadal academy. And to put a cherry on the top, some of those practicing sessions have been with Nadal. This experience of practicing with one of the world’s best will be an invaluable lesson for Shelbayh.

Abedallah Shelbayh is Jordan’s highest-ever ranked Junior player. The 17-year old spoke about this extraordinary experience in an interview with ITF. Shelbayh started by detailing how Nadal came to know about him.

“I have practiced with him. I wanted to as soon as I arrived, then one day Rafa and Carlos Moya heard about me from Toni [Nadal] and I got to play with him,” Shelbayh said.

Both Shelbayh and Nadal have trained together multiple times, and the former described this partnership as ‘strange’. “Since then, I have played with him a lot and I think he likes playing with me. I’m really close with Rafa and Carlos and they’re really nice, but it is strange practicing with my idol and someone I changed my racket hand to be like,” Shelbayh said.

During the interview, Shelbayh also recalled the time when he saw left-handed Rafa Nadal play and how he decided to change his playing hand.

“I started playing tennis with my right hand, then one day I saw somebody playing differently with their left hand and it was Rafael Nadal,” Shelbayh said. He continued, “I didn’t know who he was, but when I was playing against a wall I tried playing with my left hand. I was changing every day until my dad told me that I had to decide which hand I was going to play with and I chose left.”

The Jordanian then detailed his admiration for Rafa Nadal and described him as a ‘great guy’. “When you see him around the academy and get to know him, you see how serious he is about tennis. He is one of the best, some might say the best, but he is hungry for more and that rubs off on you and gives you motivation. I have learned so much. He’s always giving his best in training, so nice and not arrogant at all. He’s a great guy,” Shelbayh concluded.

Also Read: “To beat Nadal you have play perfect for 3-4 hours straight,” Taro Daniels opens up about his encounter with Rafael Nadal