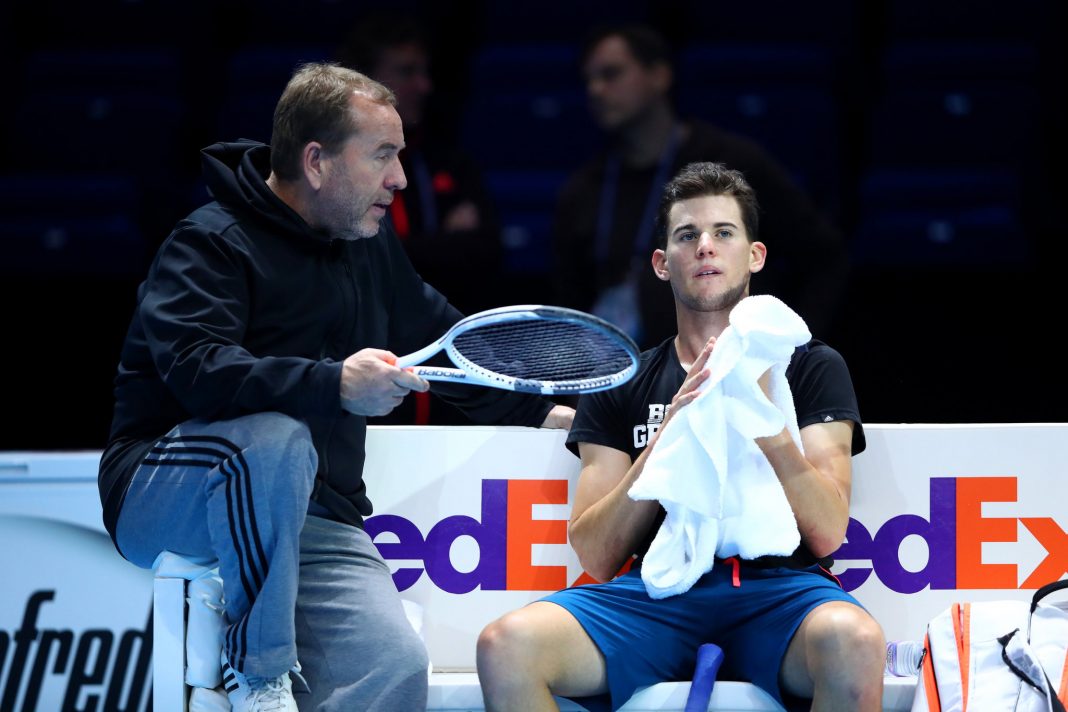 Gunter Bresnik has had a prolific career as a coach. He has worked with several top players, including Boris Becker, Henri Leconte, Patrick McEnroe and Ernests Gulbis. But Bresnik’s longest and most successful coaching relationship has been with current World No. 3 Dominic Thiem. Bresnik coached Thiem right from the time he was eight years old until the pair went their separate ways in 2019.

Now Bresnik has revealed that the pair are not on talking terms after their fallout over contractual obligations. The two parties are currently embroiled in a legal dispute to the tune of approximately 450,000 euros. Bresnik has claimed he is entitled to the sum in relation to the contracts that were signed when he acted as the Austrian’s manager.

This legal matter was heard in a Vienna court last month, but the judge asked the two parties to consider an out-of-court settlement. The next discussion is scheduled to be held at the end of February, without the presence of lawyers.

Recently, in an interview, Bresnik spoke about the current legal battle, revealing that it was purely related to money. “It’s all about money,” Bresnik said. “I felt good when the judge said at the hearing that we should clarify this in a conversation (out-of-court settlement). There is currently no relationship with Dominic Thiem.”

The coach stated he believes contracts between adults must be upheld, which is the reason why he is fighting his former protégé. “I know him as a justice fanatic,” Bresnik added. “Signed contracts with adults must be kept. That’s just the way it is.”

Bresnik acted as both coach and manager of the Austrian during their partnership. They parted ways in the early part of 2019, after working together for more than 15 years.

‘In terms of sport, Gael Monfils is the best athlete in the tennis circuit’ – Bresnik on his new pupil Monfils

Recently, world no.11 Gael Monfils hired Gunter Bresnik as his coach. The two have been training together for the past few weeks, but Bresnik has not accompanied the Frenchman to Australia. In a mouth-watering clash, Gael Monfils and Dominic Thiem will clash at next week’s ATP Cup in Melbourne. The World No. 3 currently holds a 6-0 lead in the head-to-head between the two.

Austria and France are both placed in Group C at the ATP Cup. And as the two top players of their countries, Dominic Thiem and Gael Monfils are scheduled to clash on 4 February. Bresnik stated that he believes that his new pupil has a shot at beating the Austrian. He added that while he loves spending time with Monfils, it remains to be seen if they are the right fit for each other.

“As a human being, he is a very pleasant fellow,” Bresnik said. “You will never get bored with him. In terms of sport, Gael Monfils is the best athlete in the tennis circuit. But there are many questions as to whether he will fit with us.”

He also went on to talk about some of the qualities that make Monfils unique – such as his quick reflexes and his creative personality.

“Gael is privileged, quick in the head,” Bresnik added. “If you watch him playing computer games, you are amazed. He sees things earlier – like Nick Kyrgios. He ticks differently. He’s not a David Ferrer who digs, fights and bites. He feels good when he’s creative. You mustn’t restrict such types unconditionally, otherwise you will do a lot of damage,” he signed off.

Also Read: Contrary to most players, Serena Williams has praised the Australian authorities over their handling of the COVID-19 pandemic