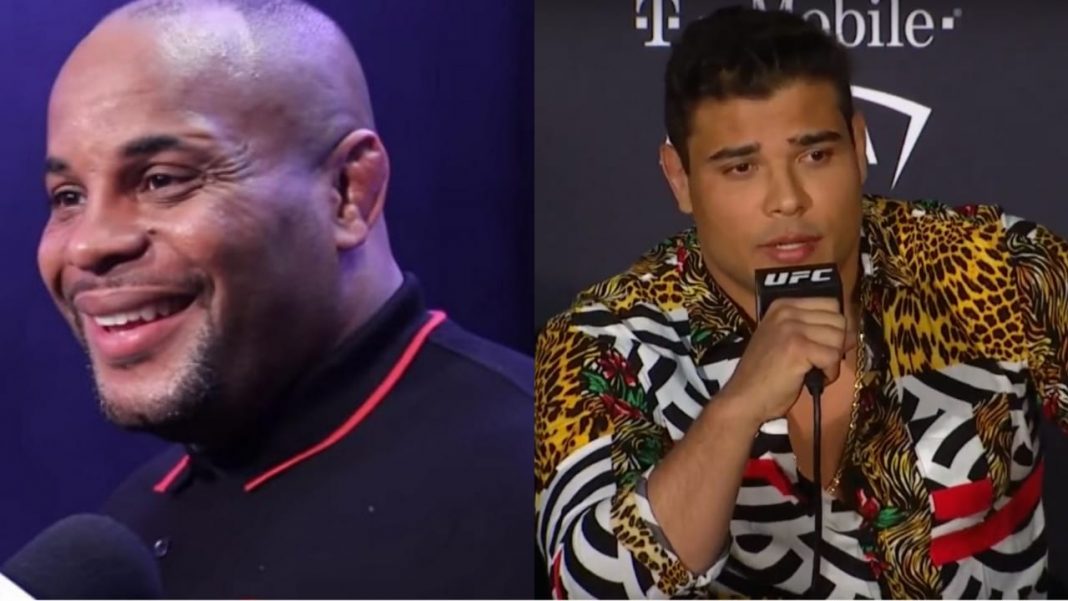 UFC Middleweight fighter, Paulo Costa recently came out to the media and said he was too drunk the night before fighting Israel Adesanya at UFC 253. Former heavyweight champion and UFC commentator, Daniel Cormier did not buy any of Costa’s excuses and rips him apart.

On Sunday, Paulo suggested that the night before UFC 253, he drank an entire bottle of wine and that affected his performance. “I was kind of drunk (when) I fought, maybe, on a hangover. I couldn’t sleep because of the cramps. Keep in mind that the fight happens at 9 a.m.,

We have to wake up at 5 to get ready, stretch, wrap the hands. The UFC told us to wake up at 5 in the morning to go to the arena to fight. I hadn’t slept until 2:30,” Paulo Costa said.

The Brazilian fighter continued, “I had wine, too much wine, a bottle to try to blackout. I had a glass and didn’t work. Two glasses, it didn’t work. Half bottle didn’t work. I had it all.”Along with several UFC fans and aces, Daniel Cormier showed disdain towards the middleweight fighter. Cormier replied to Costa’s comments saying, “It’s a joke. It’s an absolute joke.”

The Middleweight title contender, Paulo Costa is currently training to fight former middleweight champion, Robert Whittaker. He will be taking on Robert on April 17.

Daniel Cormier continued saying, “He’s out of his mind. This dude Paulo Costa is gonna kill me when he sees me. He legitimately says some of the dumbest stuff I’ve ever heard in my entire life. I don’t know who is advising this young man.

This is the stuff you say after, ‘Oh man I got drunk,’ because you didn’t have time to think of an excuse. It took you six months to come up with ‘you got drunk, you drank too much wine’? Who told him to put that out there?”

What do you think of Paulo Costa’s statements?

Also read Cory Sandhagen is frustrated after Petr Yan ignores him for the next shot: “Yan was a little bit served the belt on a silver platter”