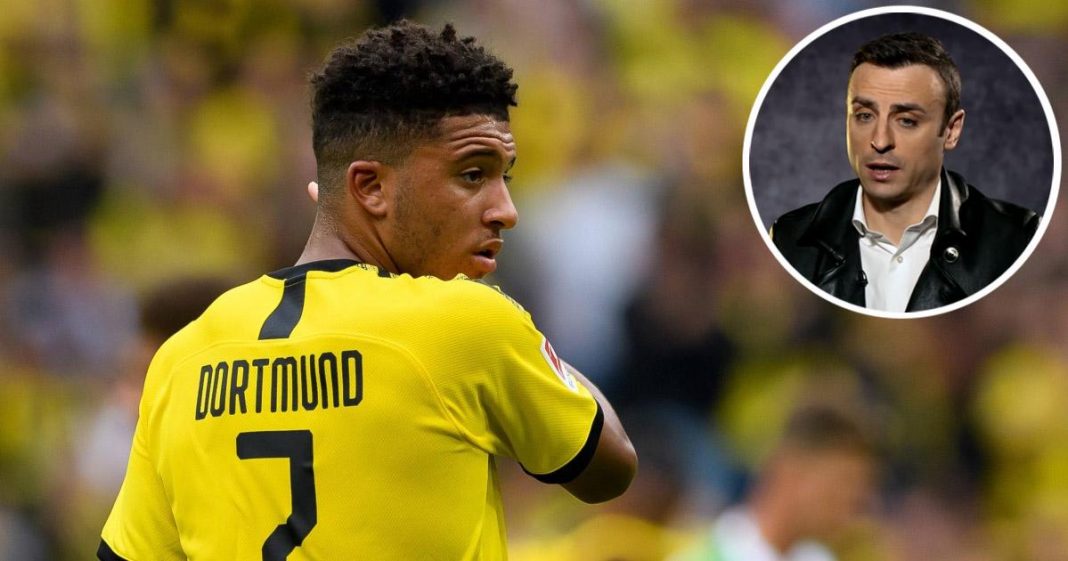 Dimitar Berbatov, the former Manchester United striker claims Jadon Sancho would be the right move for the Red Devils even if it means spending big this summer.

The 20-year old England star has reportedly agreed to personal terms with United after being offered a five-year deal.

The German side wants United to pay a £108million bill, while the Manchester side are unable to spend that much of amount in one trade. However, Berbatov feels Jadon Sancho is value for money and United should sign whatever the sum.

Berbatov on closing in deal for Jadon Sancho told Betfair:

“Jadon Sancho would be an amazing signing for any team, United included.

“It becomes a luxury problem to have so many attacking options, but it brings hard decisions. Someone has to be benched, and Ole will have to deliver that news to someone.

“Anthony Martial and Marcus Rashford are well established in world football, and [Mason] Greenwood now deserves his chance to continue his progression, and I don’t want to see him stalled.

“We know United can afford to pay for Sancho. And if it happens, the club will be happy, but it will also be tricky. Over £100m is a lot of money, especially now in the current situation. But I’m sure he will be worth it.

“Everyone at United will be watching this transfer. Rashford will know Sancho better than most from playing for England. And they will welcome the competition, but the attacking players will have doubts in their mind now.

“Then, they will also use it as motivation, they’ll want to earn their spots in the team. If they pay a record fee for Sancho, no-one expects the guy to sit on the bench. So at least at the start Sancho will be higher up the pecking order.

“Bear in mind, United had Ole, Dwight Yorke, Andy Cole, and Teddy Sheringham- plenty of attacking options, and Ole will think he can manage this fine.”