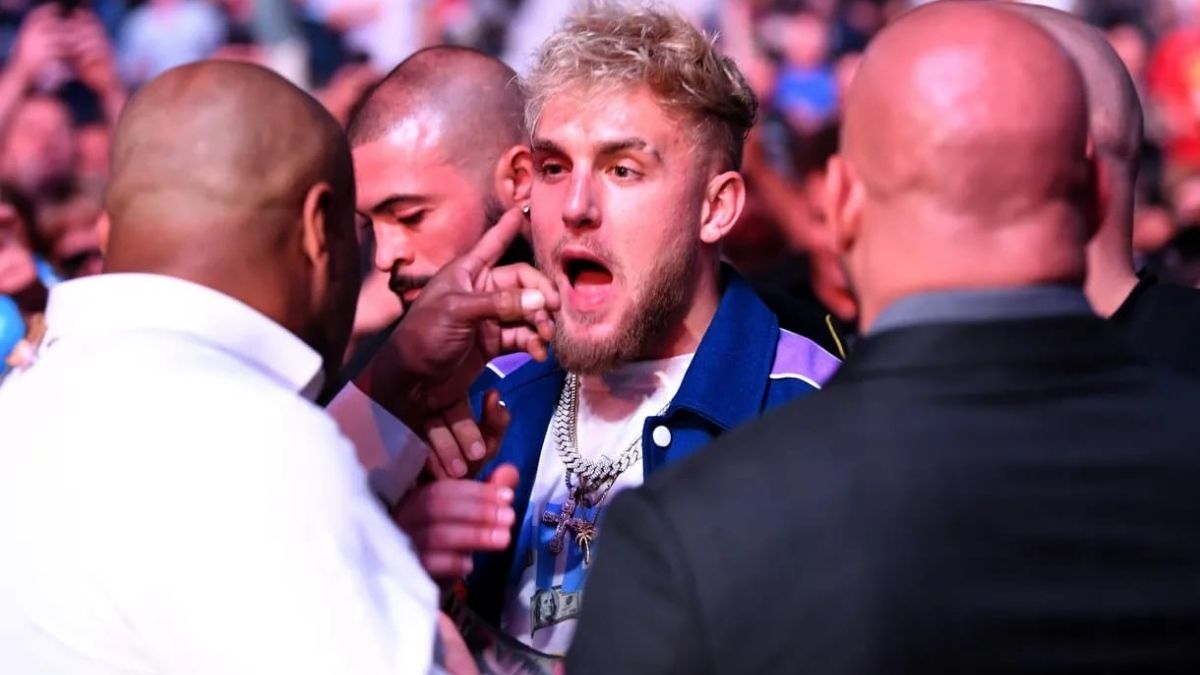 YouTuber-turned-professional boxer Jake Paul was in attendance at UFC 261. He was at the front row in the VyStar Veterans Memorial Arena in Jacksonville, Florida. The Problem Child made sure he created some ruckus as he went head on with commentator and former UFC heavyweight Daniel Cormier.

The pair had a mini altercation after the preliminary card had ended, and they almost came to blows. Jake Paul then explained what was exchanged between them. The YouTuber revealed that he had made a mockery of DC & Helwani podcast before going on to ask DC to sign the contract.

‘You put my name in your mouth first‘ – Jake Paul

He continues, “You talked about me on your little commentator podcast with Ariel. So don’t come over here talking about how I talked about you.’ I said, ‘Let’s sign the contract. Let’s run a fight. I’m not scared of you, DC. You’re short.’ I’m looking at this guy like he’s short.“

Jake Paul is tipped to face Joe Fournier, the entrepreneur-turned-boxer, but he has been very vocal against boxer Tommy Fury, the half-brother of Tyson Fury, and against his old foe Dillon Danis. A fight with Tyron Woodley and BJ Penn also seems to be a possibility.

With all said and done, it would do the combat sports community a world of good if Jake Paul takes on a professional boxer of his size and weight, instead of fighting an MMA athlete.

Also Read : Dustin Poirier has a suggestion for the trilogy bout; Conor responds