Home Martial Arts UFC “After first kick or the first punch, he’s going to know about... 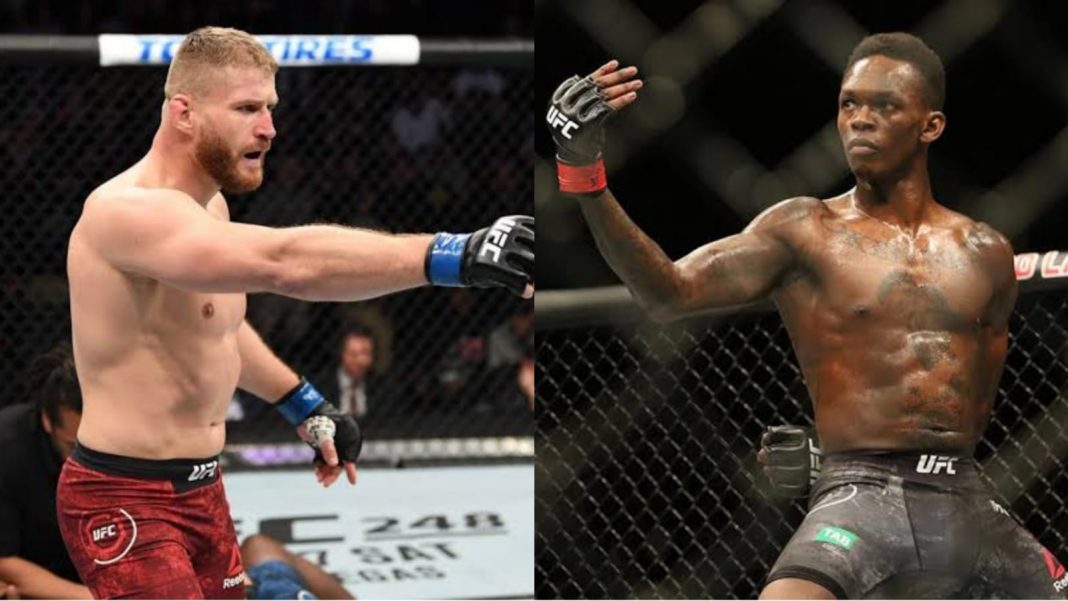 UFC 259 is just around the corner with the main event headlining one of the most anticipated matches of this year between Middleweight champion Israel Adesanya and Light Heavyweight champion Jan Blachowicz.

A lot of people are seeing Israel Adesanya as a winner in this match-up and Izzy already started his mind games before the fight. Talking about this in the latest interview with MMA fighting, Blachowicz says,

“That’s what they say on the internet, I don’t believe in this thing, I focus on me, on my preparation, on my camp. I train with faster, lighter guys, I train with guys from my category. I also train with heavyweight guys.”

“This as you know is a game, this is business and you have to be ready for everything.” When it is further asked that Adesanya is big enough for Light Heavyweights or not Blachowicz says, “I will tell you after the fight. I don’t know,”

“The fight got its own rules and he’s going to feel it. This is good for me. 205 is my category. I do this all my life. I feel everything inside the octagon over there. It’s going to be better for me.”

Blachowicz is ready to show legendary polish power to Adesanya

Jan Blachowicz states that Israel Adesanya is moving to Light Heavyweight for the first time and this is going to be a completely different ground. He added, “Because I’ve got the legendary Polish power and when he feels it, he feels it for real, You will see.”

“I will try to submit him. I will do ground and pound, something like this. All fights start to stand up and I also like fighting to stand up. So I’m preparing something for him in striking. You’ll just have to wait until March 6 and watch the fight.”

“Second round, KO by high kick left leg for this guy, Yes this time kick. This is what I see. In this moment when we’re talking.”