It is high time for the Los Angele Lakers to put in their though about consistency. Their biggest opponent surpassed them today. Lack of consistency, form and a bit of fortune swept away very important match from their hands. It is due time for them to start grinding on basics if they eye another title. The Los Angeles Lakers lost to Brooklyn nets in what happened to be a mid-game failure. This time it wasn’t LeBron James, James harden or Kyrie Irving but Joe Harris who smoked the court.

The fans and experts were very elevated for today’s game. A lot of predictions came flying around the world. Everyone was eager to watch the toughest battle in the league. Both the teams are arguably the best team in respective conferences. This best game of the league was filled with a lot of drama including a lot of game. Both teams were missing their star starters. The Lakers were without Anthony Davis while Brooklyn Nets were deficit of Kevin Durant. Both the players were side-lined with injury. However, the Lakers were shattered just before the game when Dennis Schroder was denied playing the game. It was a major action taken keeping mind the COVID 19 protocols. The purple and gold were much more short-handed.

Joe Harris on fire as LBJ reached another career checkpoint

With such a super team like that of Brooklyn one always expects Kyrie Irving or James Harden to shine. And even LeBron James being the opponent, Bron is bound to make his mark. Joe Harris took everyone by surprise. Being the second highest scorer after James Harden for the Nets, he had 21 points in the list. But what was special was he had 6 3-pointers to go with it. He was unstoppable beyond the arc. It was just a crazy night for him. This impressed former NBA champion and analyst Kendrick Perkins. He said, “Couldn’t have told me that LeBron James, James Harden and Kyrie Irving all on one court and I would be saying that JOE HARRIS was the Player of the Game!!! Just saying tho…” Despite having so many stars on the court, it was his night.

LeBron James continued to impress throwing down his infamous Toma-Hawk dunk. In the due process LBJ reached a career milestone. LeBron James had 35000 career points against his name. He is the youngest ever to reach this mark. In fact, he is the youngest to reach every thousand-point mark in the league. Regardless of the appraises, it is a rocky time for Los Angeles to get back to momentum. Ending the night with 11-point loss was disheartening. LeBron even left the court without shaking hands with Kyrie or any other Nets’ player. 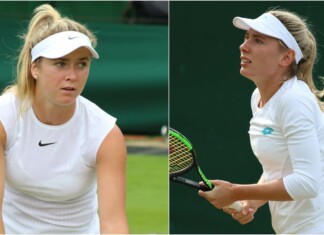