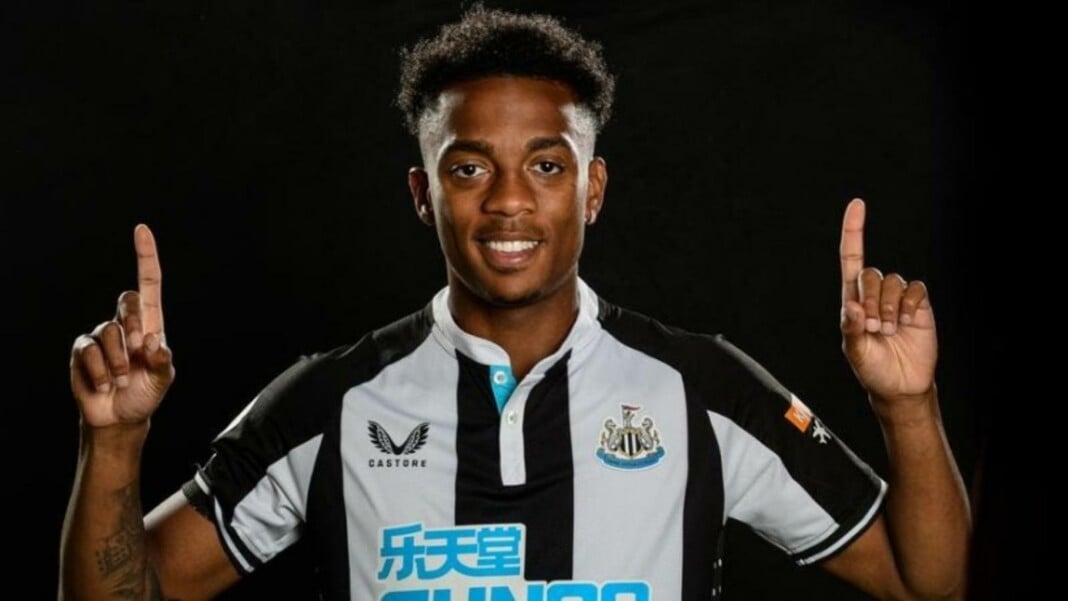 Joe Willock enjoyed an outstanding loan spell with Newcastle between January and May 2021, scoring 8 goals in just 14 Premier League appearances, seven of which were in consecutive games. He played a major role in helping Newcastle to finish 12th in the last 2020/21 season.

Newcastle have now officially confirmed the signing of  Joe Willock from Arsenal, with the midfielder signing on a six year contract with the club.

Earlier in August rumours spread that a deal had been agreed between Newcastle and Arsenal for Willock, having been told that he could leave permanently by the gunners. A transfer worth upto  £25m including add ons was agreed and the 21 year old has now officially put pen to paper on the deal.

“I’m buzzing to be here,” Willock told Newcastle’s website. “I loved my time here last season and I’m really happy to be back and to be a Newcastle United player.”

“Leaving Arsenal is obviously a big step, and I’d like to thank everyone involved with the club for all their support over the years, but this is the right move to the right club at the right time for me.”

“I only got one chance to play in front of a smaller number of Newcastle fans as a home player last season, so I can’t wait to step out in front of a packed St. James’ Park and experience that atmosphere.”

Newcastle head coach Steve Bruce added: “I want to thank Lee Charnley in particular for the work he has put in to make the deal happen. The club have gone above and beyond to make it possible.”

“Joe is a wonderful young player with all the attributes you want in a midfielder, and he certainly proved that during his time with us last season. “

“This is a move I know our supporters really wanted us to make, and I know they will join me in giving Joe a very warm welcome back to St. James’ Park.”

Joe Willock will wear the number 28 shirt for the 2021/22 season, the same squad number he occupied last season. The club confirmed that he will be available for selection for next week’s Premier League match against Aston Villa.