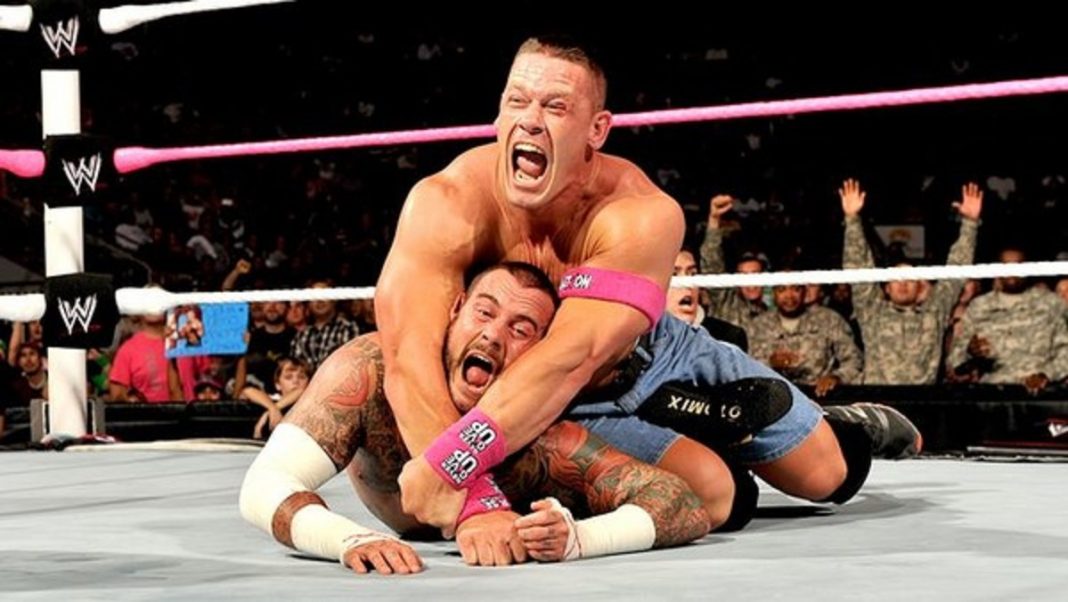 The STF submission move, has been a finisher move for John Cena for a long time now. The Stepover Toehold Facelock, as the move is traditionally known, bought a lot of success to Cena. He has been using the move since a few years after his debut on WWE.

But it has recently been revealed that Cena used to receive heat due to the way he applied the STF submission. Apparently, Cena’s way of applying the hold was too tight and he was asked to loosen up.

Interestingly, Stone Cold Steve Austin, several years ago called out Cena’s hold to loose. In 2014, the Texas Rattlesnake, made a tweet, asking Cena to tighten his hold.

Anderson recently revealed on his Ask Arn Anything, that the STF move was given to Cena by him. Anderson had first seen the move being applied by Masahiro Chono in Japan. He thought that the move would suit Cena’s arsenal the most.

But the former WWE producer revealed that Cena was applying the move too tightly on his opponents neck. This was leading to his opponents being really choked out. To prevent this the lock room asked him to loosen up a bit.

“I thought it was a tremendous finish. You trap the guy’s leg. His knee is bent uncomfortably, and then you reach up, hook him up around the jaw. Apparently, he did snug it up when he first started using it, and some guys said, Hey man, you’re choking me out. You need to loosen up.”

While viewers like Steve Austin felt that Cena’s submission move was too loose, Cena had no other option. He had to ensure his opponents safety and couldn’t tighten up his hold.

Also Read: “I’m removing myself from the Elimination Chamber match”: The Miz