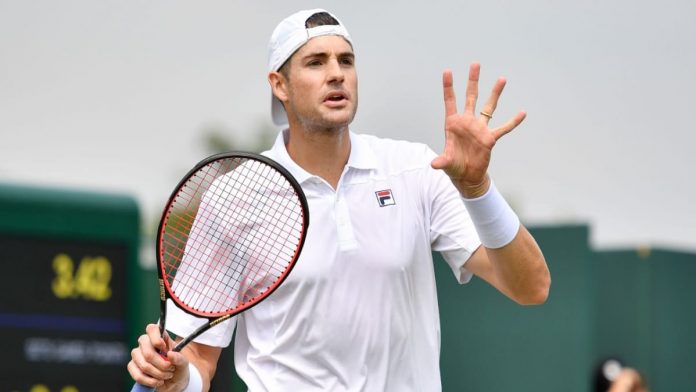 John Isner is one of the veterans on the tour, having made his professional debut way back in 2007. The tall American has 15 career ATP Titles to his name and has also managed to reach the semifinals of Wimbledon in 2018.

John Isner will compete in the first Masters tournament of the year in Miami this week. Ahead of the tournament, Isner spoke about the issue regarding the withdrawal of several top players from the tournament. Roger Federer, Rafael Nadal and Novak Djokovic decided to skip the Miami Open 2021 and prepare for the clay court season. Dominic Thiem also withdrew from the tournament due to his foot injury.

However, John Isner opined that the absence of the Big 3 could prove to be a blessing in disguise. He added that since the likes of Nadal, Federer and Djokovic will not continue playing forever, this tournament could be a step in the new direction, which does not involve the Old Guard.

John Isner stated that the Miami Open could prove to be a good litmus test in the absence of the Big Three players. Since Miami Open is one of the most reputed tournaments, and is second to only Grandslam events, the NextGen players can step up on the big stage and become the face of tennis, atleast momentarily.

“They (Big Three) are the greatest players ever but they won’t be playing forever. It’s a good litmus test as to how people perceive this event without the Big 3. With no Indian Wells, Miami doesn’t fit their schedule too well,” Isner said.

John Isner won the Miami Open in 2018 and finished as the runner-up in 2019, losing to Roger Federer in the final. He is seeded 18th this year and received a bye in the first round. He will open his campaign against Mackenzie McDonald in the second round clash.