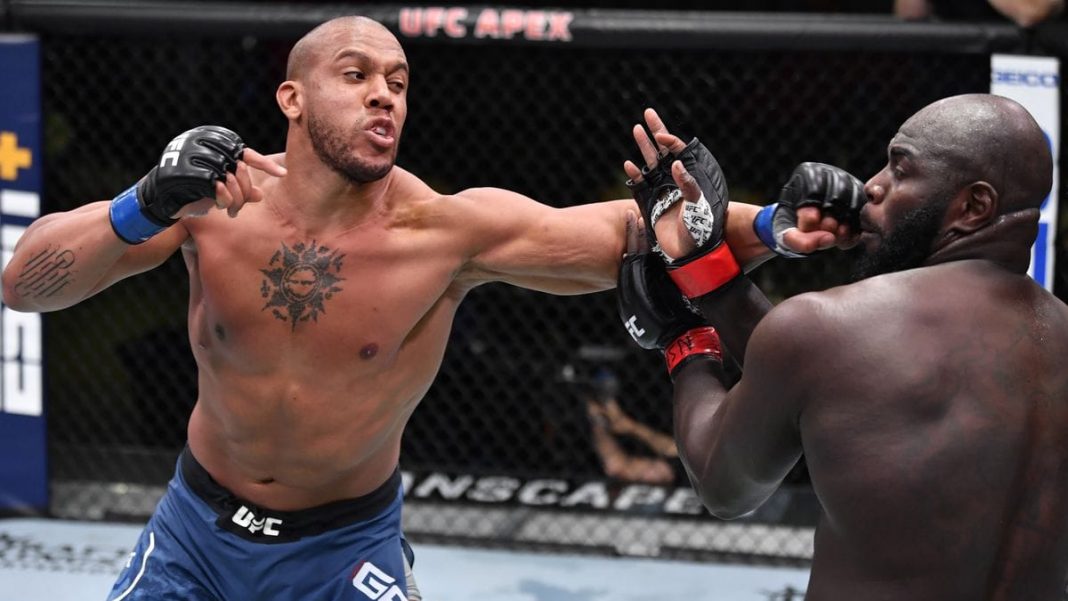 Ciryl Gane has established himself in the UFC Heavyweight division as he defeats Jairzinho Rozenstruik at UFC Vegas 20. Gane won the bout via a unanimous decision in the 5th round. There were no signs of weakness but an absolute showcase of dominance in the main event by Ciryl Gane. Though many of the viewers might have considered this a rather uneventful battle between the two giants.

Ciryl after his victory against Rozenstruik moves up to an 8 consecutive winning streak in the Heavyweight division. Gane has caught the eye of some top UFC aces and has proved himself to be a trouble for anyone going up against him. The French heavyweight now has the longest win streak amongst active heavyweights. With this amazing feat, Gane got the MMA Twitter giving him props.

The Twitter world had mixed reactions to the UFC Vegas 20’s main event. The former light heavyweight champion, Jon Jones had an interesting reaction to the fight. Jon Jones will soon be competing in the Heavyweight decision. Jones said, “These boys better get used to pushing the pace, all this standing around ain’t gonna fly when daddy comes home.”

The Palestinian welterweight, Belal Muhammad was impressed by the Frenchman.

Jesse Ronson has already made up his mind to watch Ciryl’s next bout and campaigns for a fight against Derrick Lewis.

Chris Leben and Jimi Manuwa also shared their views on the fight and it’s safe to say they weren’t impressed either.