Home Martial Arts UFC “I feel like I move pretty good for a fat boy, I... 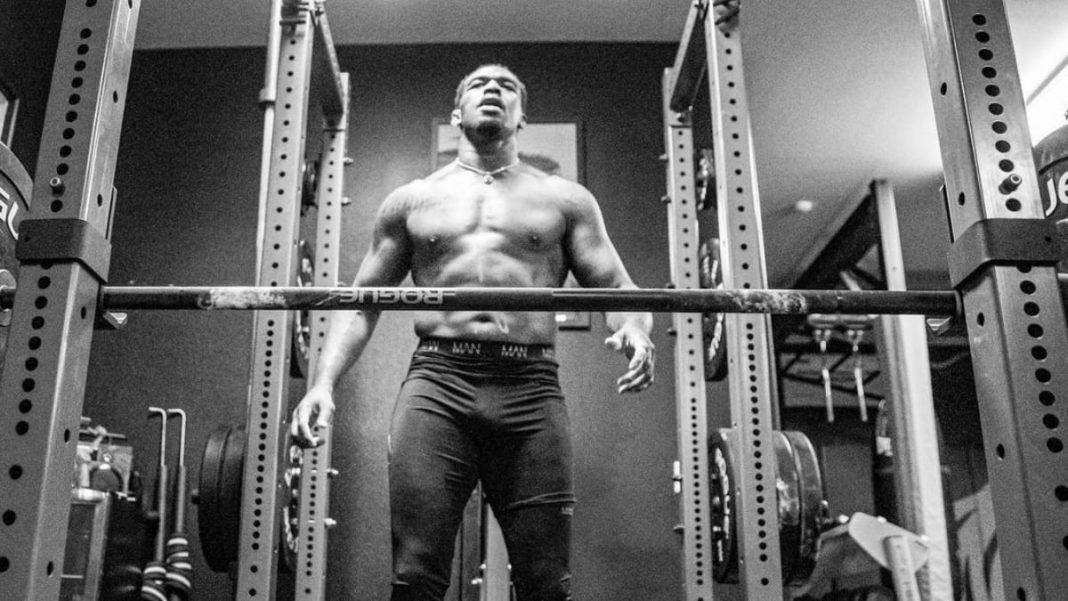 Jon Jones has had the MMA world buzzing like a hive the last year with his recent vacancy of the light heavyweight title. His reasoning, he dominated his division for over a decade. With a mesmerizing 14 title fight wins (most in UFC history) he decided he had new aspirations. New division, new challenges.

With the announcement of his movement to the UFC heavyweight division, Jones has been toying with fans hearts ever since. Utilizing his social media to its full potential, he’s constantly posting showing the extreme strength and mass he’s added with the weight jump.

Jones apparently lives in the gym, or at least it appears that way

With the added weight, and muscle most normal fighters inevitably lose a bit of cardio, as well as some speed and nimbleness. But then again we tend to forget, Jones is the furthest thing from normal. In the post below, you can see what appears to be a vintage Jon Jones… kind of.

s the video starts Jon has his back to the camera, almost unrecognizable due to the massive stature. Then right away he throws his patented spinning heel kick to the body, which looked petrifying might i add. Even though Jones has added some clear size, he continued to show some previous techniques he used to stun the world with at light heavyweight.

Jones says he’s “moving at his all time best” which is absolutely horrifying.

Even though it’s a simple training video, it still an eye-opener for his next opponent. With president Dana White saying Jones will get an immediate title shot, we simply are just waiting for March 27th. That’s when heavyweight champion Stipe Miocic will be defending his title against Francis Ngannou at UFC 260.

The heavyweight seems to be red hot as of recent. With a big win from Derrick Lewis, the addition of Jon Jones, and the upcoming Ciryl Gane versus Jairzinho Rozenstruik fight, it seems like 2021 may be the year of the heavyweights.