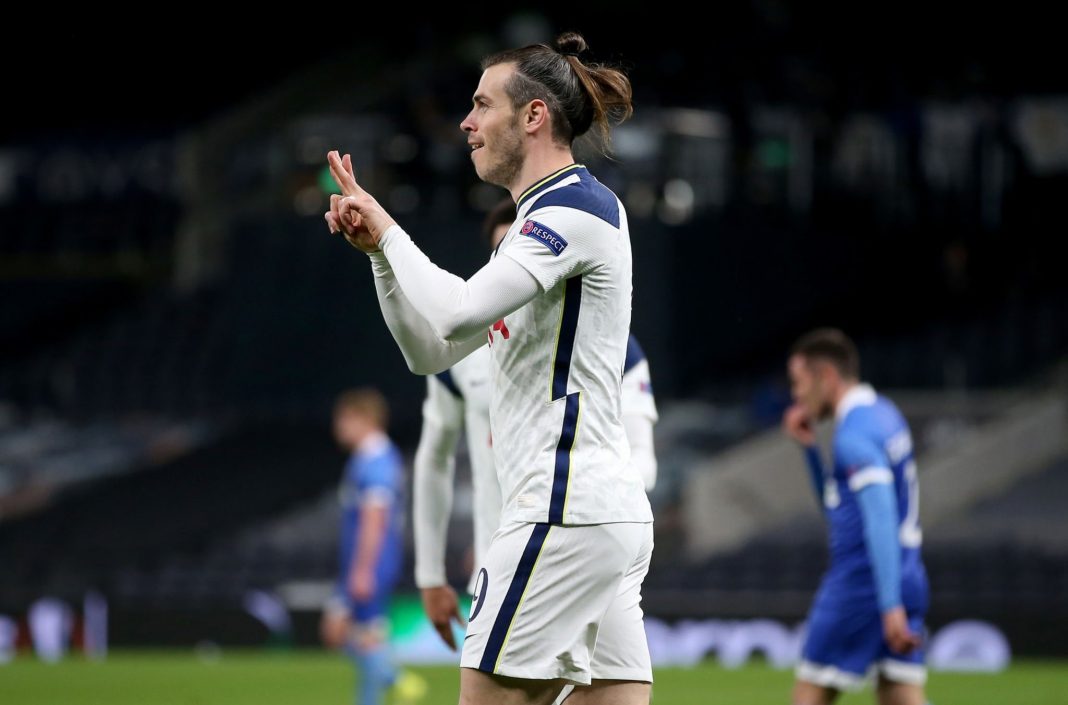 Tottenham Hotspur are growing increasingly confident of Gareth Bale after he shows signs of promise in recent games. The Real Madrid loannee is getting into the groove for his old club.

Manager Jose Mourinho has heaped praise on Gareth Bale and stresses that he is happier than ever to be back at Tottenham Hotspur. Gareth Bale arrived in London after falling out with Real Madrid and coach Zinedine Zidane.
He looks happier than ever, he looks confident,” Mourinho told reporters. “In training, you can see he has his confidence back, the way he hits his shots.

Gareth Bale hasn’t been used much in the Premier League this season but has played an important role in the UEFA Europa league campaign. He recently scored a goal against Wolfsberg in a 8-1 aggregate victory.
Jose Mourinho is slowly starting to trust his sidelined players which includes the likes of Delle Alli as well. Mourinho says that everyone at Tottenham Hotspur wishes the best for Gareth Bale as his success is good news for them.

“You could see from his goal on Wednesday. It was a confident shot. A player with fear or negative feelings would never have hit that type of shot. To strike the ball that way, I think that strike means a lot.
“It means freedom in relation to the brain muscle. For this, you need to be in a good condition. He is in the best condition since he arrived.”

ALSO READ: It was a dark phase in my life’: Thomas Tuchel reflects on Manchester United defeat during his stay at PSG