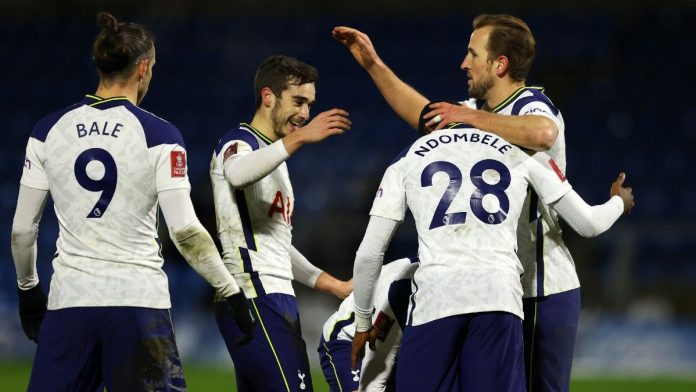 Jose Mourinho is still confident that Tottenham will make it into the Champions league spots, come the end of the season. Tottenham are currently 9th in the Premier league with 36 points from 23 games.

Tottenham currently have a game in hand over the teams who are in the Top-6 all of whom have played 24 games. They trail Chelsea by 6 points who are in the 4th position and with still 15 games remaining in the league Mourinho believes anything is possible.

Tottenham are winless in their last 3 Premier league games

Tottenham have slipped from the top of the league to 9th after managing only 1 win in their last 5 games.

It’s very premature to think about the table,” said the Spurs manager. “People still have matches in hand. In our case, we played already two matches against Liverpool, Chelsea, and Manchester City.

“There are other teams that didn’t even play a second game against one of the top teams.

“We have one match in hand. I know already that because Southampton has to play the quarter-finals of the FA Cup in the same week as we should play them, we’re not going to play that match.”

Jose Mourinho’s Tottenham made a bright start to the Premier league and were regarded by some as title challengers in the initial weeks of the season.  However, the 38-game league has already started showing its challenges and they are now out of the European slots as things stand.

“Anything can happen,” Mourinho added.

“We can finish top four, top six or outside the top six. We have to make sure the best possible thing is going to happen.

Tottenham face West Ham in their next Premier league match on Saturday. A win against West Ham will cut the gap to just on the Top-4 teams.

Also Read : Sergio Aguero undecided on his future as contract runs out with Manchester City in 2021