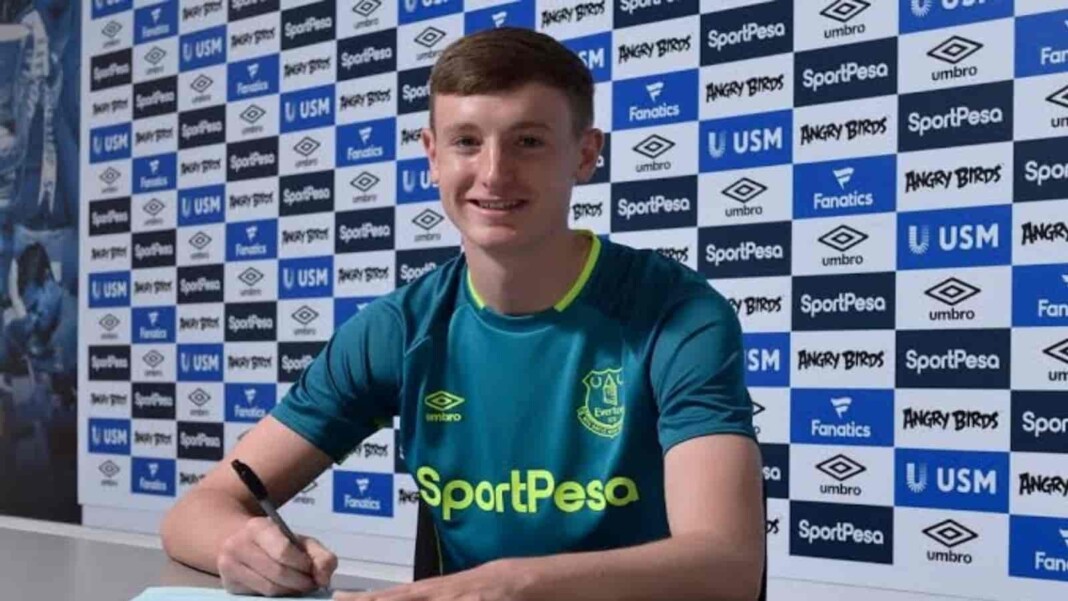 Twenty-year-old Joseph Anderson put pen to paper on a one-year deal that will see him stay at Goodison Park until 2022. The youngster said that the club’s expertise in developing talent was the main reason why he decided to stay on for another year. He will join the main team on their pre-season tour and will compete for a starting spot next season.

The young Englishman joined the Toffees when he was fifteen years of age, and progressed through to the U-18, U-23 on his way to the senior squad. He credited U-23 manager David Unsworth for his role in the talent chain that is being maintained at the club. Fellow academy player Anthony Gordon will also be with the main team next season.

“It is an unbelievable feeling the first time you sign an Everton contract and exactly the same the second time,” Joseph Anderson told Everton. “It is an absolute pleasure to sign for the club. Over the past two years, I have developed a lot, so I am really looking to kick on this year.”

“Anthony (Gordon) is a close friend of mine and you can see… if you commit yourself to this club and put everything into it, they are only going to help you and try to get you to the top. I am going to start my pre-pre-season now and come back fitter and stronger.”

“I am one of the senior under-23 lads and want more responsibility… to take a few younger lads under my wing and help them through their first years. For me, the aim is to make sure I smash it in the pre-season games and cement my starting spot for the beginning of the season.”

He also tweeted that he was delighted to sign the deal, and that his family was looking forward to his future with the club.

Everton started their 2020/21 campaign brightly, even occupying the top spot for a while, but a dip in form saw them fall out of the Champions League spots and finished the season in a lowly tenth place. They will be looking to gain European qualification next season, which has been made easier by the introduction of the new Europa Conference League. Come next season, Everton would be expected to be higher up on the table.

Also read: 5 managers who can replace Carlo Ancelotti at Everton