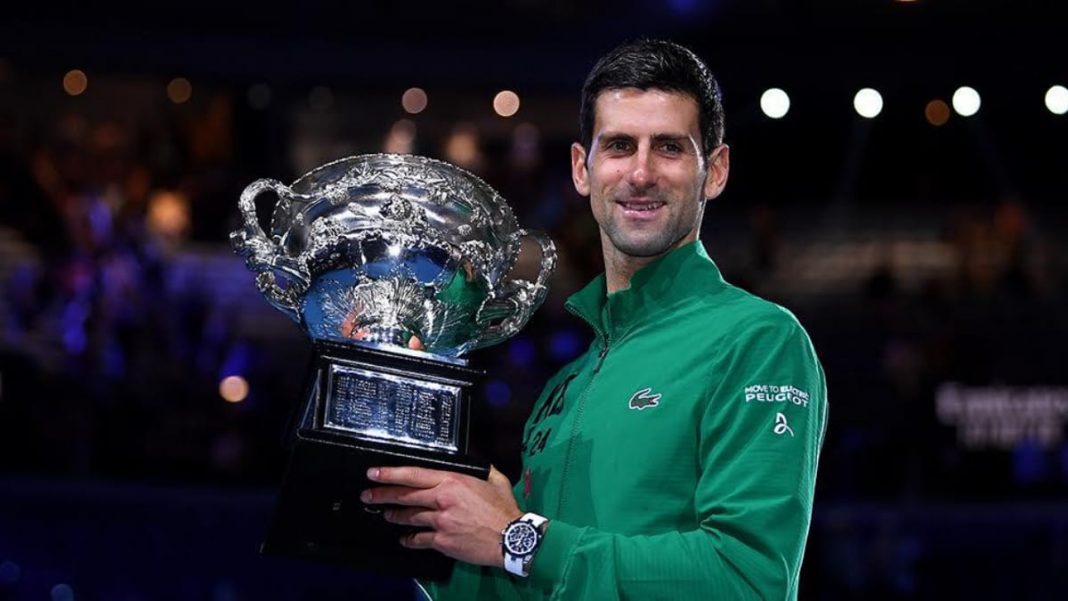 The Australian Open 2021 is around the corner and the tennis fraternity is very excited about it. Former World No.1 Justine Henin believes that eight-time champion Novak Djokovic is the favorite for the men’s singles title. On the contrary, she thinks that there seems to be no clear-cut favorite on the women’s side of the draw.

Without a doubt, Djokovic has been the greatest force at Melbourne over the past decade. He has won 8 times over the past 13 years. The Serb won his 17th Major at Melbourne Park last year, beating Dominic Thiem in an epic five-set final.

Henin told that Novak Djokovic will be determined to bounce back from his barren run at the Slams (apart from the Australian Open) in 2020. The Belgian believes that after Djokovic’s losses at the last two Majors, the Serb will want to prove to the world that he is still the No.1 player.

“The men’s draw is easier to predict and has a more obvious favorite: Novak Djokovic,” Henin said in an interview with Portuguese site Bolamarela. “The Australian Open is made for Novak Djokovic. The situation this year is different, but after what happened at the US Open and Roland Garros, Novak Djokovic will want to show again that he is the boss,” she added.

She also picked a few players who she believes will be challengers to Novak Djokovic’s throne in Melbourne.

“We always have to rely on Rafael Nadal, on Dominic Thiem, who is now a Grand Slam champion, and I also like Daniil Medvedev a lot,” Henin added.

It is difficult to pick a favorite in the women’s draw: Henin

The seven-time Grand Slam champion, claimed that it is difficult to pick a favorite in the women’s draw given the unusual build-up to the year’s first Major.

Most of the WTA events in the fall were cancelled due to the pandemic, and the season-ending WTA Finals were not held either. The players are also currently undergoing a two-week quarantine in Australia before the Australian summer series, which could change things come 8 February.

“It is very difficult to choose a favorite in women’s tennis, especially in light of the current situation,” Henin said. “I would like to see more consistency at the top of women’s tennis. I am optimistic, but the situation we are experiencing today is unique. Everything that is happening in Australia, not all are in the same conditions. I hope that we see good tennis and that the players are strong mentally,” she added.

She then went on to talk about her former rival Serena Williams, who continues to chase the all-time record of 24 Grand Slam singles titles.

“She is a different player and a different person,” Henin said. “She is now a mother and that changes a lot. Since she became a mother, we must admit that she has remained consistent. She didn’t win a Grand Slam but reached four finals, last year she reached the US Open semi-finals. It’s incredible. Not everyone can say that. I don’t know if the ‘fire’ she has inside her remains the same, because the priorities have changed. Winning is perhaps no longer the most important thing in her life,” she added.

Henin added that while it may be difficult for Serena Williams to win another Slam, she can never be ruled out at any tournament.

“I wouldn’t say that she won’t be able to win again because in today’s tennis, anything can happen,” the Belgian said. “It will be difficult, more and more complicated, but I wouldn’t say no,” she added.