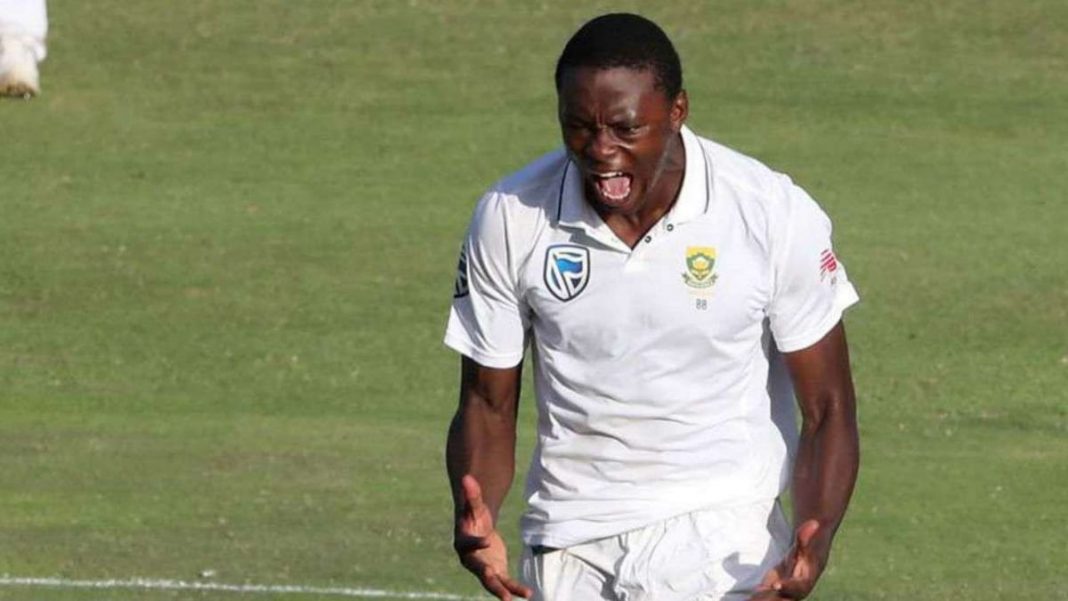 South African pacer Kagiso Rabada is among the most feared bowlers in world cricket and he proved why by becoming the third-fastest bowler from his country to claim 200 wickets in Test matches. He is also the eighth South African bowler who has picked up in excess of 200. Rabada achieved the feat when he breached through the defenses of Hasan Ali in the ongoing match against Pakistan.

The two fastest bowlers from South Africa to reach 200 wickets are pacers Dale Steyn and Allan Donald. However, Rabada’s feat is made more remarkable by the fact that he has the best strike-rate (40.8) among all bowlers who have ever taken 200 or more wickets. In terms of balls to reach the milestone, Rabada is third, behind Pakistani legend Waqar Younis and Dale Steyn.

Meanwhile, the first Test between Pakistan and South Africa is interestingly poised at the moment with the visitors leading by 29 runs and with 6 wickets in hand. Pakistan had claimed a huge first innings lead of 158 but a defiant partnership between Aiden Markram and Rassie van der Dussen rescued things for the Proteas.

Just as South Africa took the lead and looked set for a big score, Pakistan struck thrice towards the end of the day to ensure the third dat ended with neither team too happy. A very important day 4 awaits as South Africa would look to give the hosts a competitive target while the Pakistan bowlers would want to bundle out the visitors for as low a score as possible.

Also Read: WATCH- “Women’s deodorants are ten times better than men’s,” says Ben Stokes in a video from his hotel room in Chennai