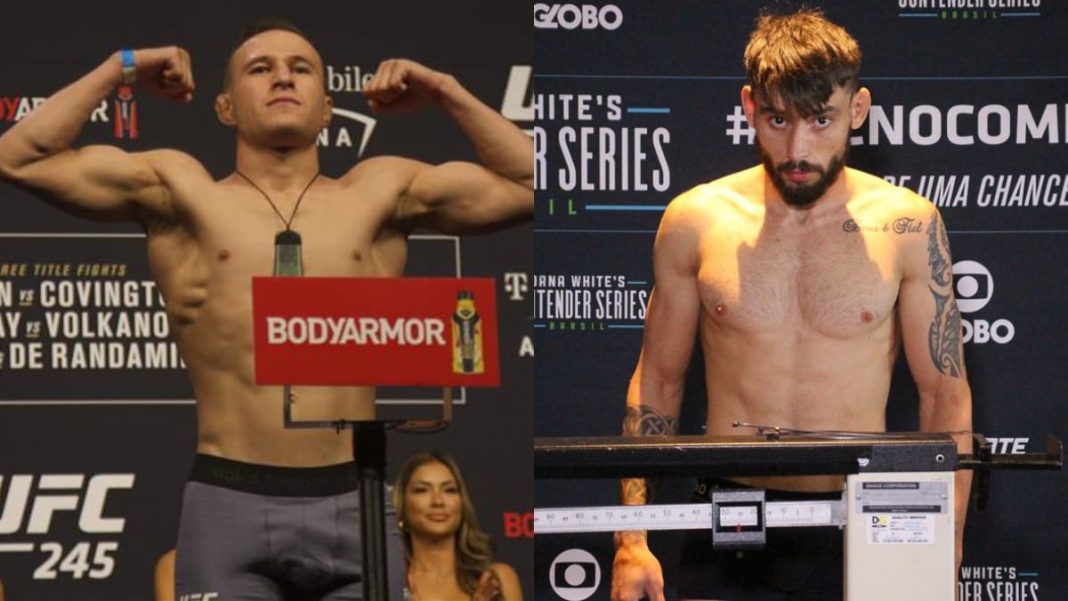 Bontorin on the other hand suffered his first-ever UFC loss to Ray Borg. Bontorin star lost via decision in a 128-pound catchweight bout last February. The #8 Brazilian also holds a win over Paiva. He won his UFC debut in February 2019 over Magomed Bibulatov by a split decision.

Jan Blachowicz and middleweight champion Israel Adesanya will be headlining the UFC 259. If Adesanya wins he might become the fourth man to be champion in two divisions simultaneously. He’d be following Conor McGregor, Daniel Cormier, Amanda Nunes, and Henry Cejudo.

This will be the sixth time in UFC history that champions in different divisions will be fighting for the same title. The Women’s featherweight between Amanda Nunes and Megan Anderson will also headline the event.