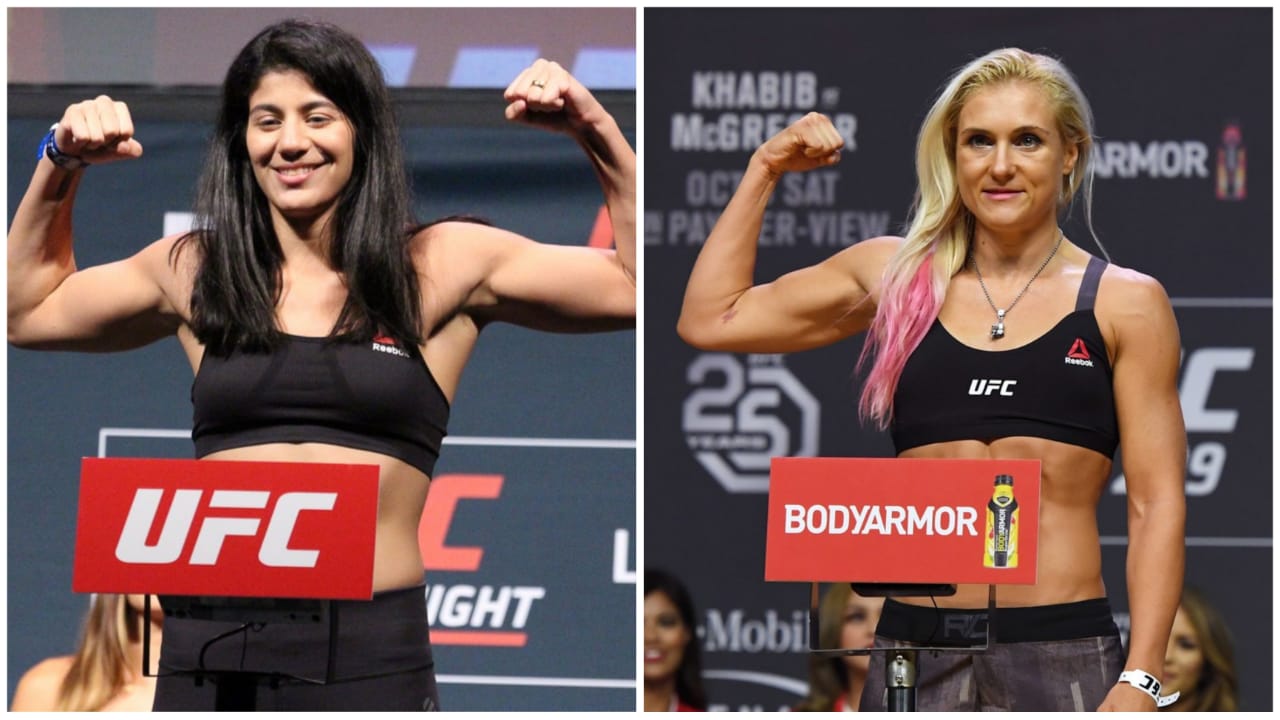 A win here would propel both of the fighters probably into the top 5 of the bantamweight rankings, as the Russian, Yana will be looking forward to beating the talented wrestler in the form of Ketlen.

Both the fighters are coming off victories!

Ketlen Vieira is coming off a victory over Sijara Eubanks at UFC 253, winning via. unanimous decision. Before that, she suffered the only loss in her MMA career against Irene Aldana at UFC 245 – a devastating KO, in only the first round. Apart from that, the Brazilian’s record has been clean (11-1), with notable victories against Cat Zingano and Sara McMann. The BJJ and Judo artist will be looking forward to setting her juggernaut rolling, come Saturday.

Her opponent, Yana Kunitskaya, on the other hand, got back to winning ways against Julija Stoliarenko at UFC Fight Night, last August, after a TKO loss to Aspen Ladd in December 2019. With 13 victories and 5 losses to her name, the former Invicta FC Bantamweight Champion, will be eager to make a move up the bantamweight ladder. She also has a legion of experience on her side – in the form of her partner Thiago Santos.