Home Martial Arts UFC “I can bang a ho**er here but I can’t smoke we*d and... 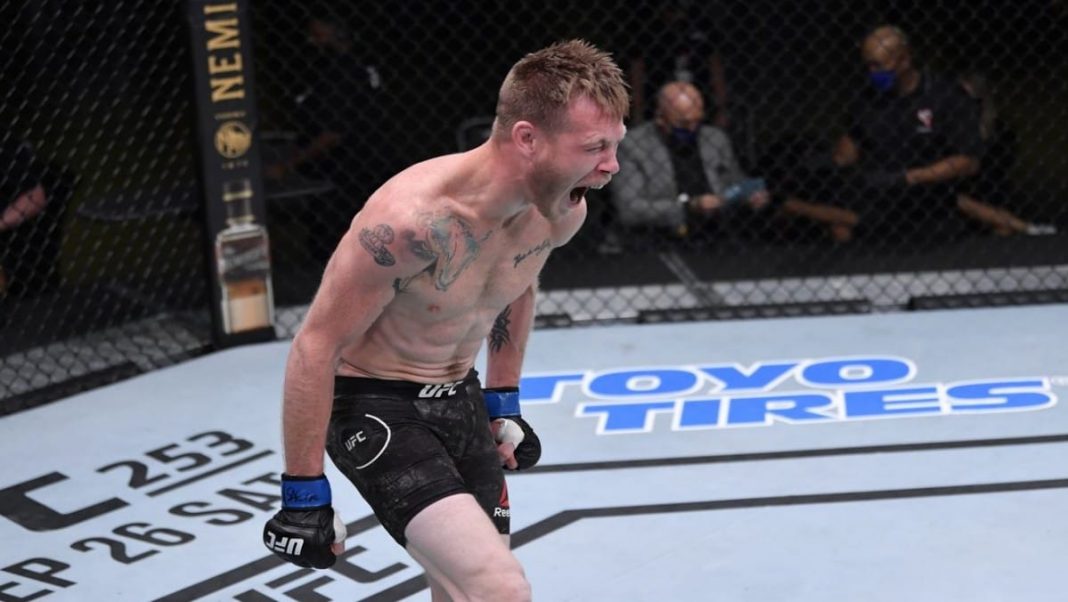 The UFC Lightweight fighter Kevin Croom fought against Roosevelt Roberts on short notice at UFC Fight Night: Waterson vs Hill. This was Croom’s debut fight and he won it by a first-round TKO in just 31 seconds.

However, Nevada Athletic Commission overturned Croom’s decision to no contest after he has been found positive for using cannabis. He shared a four-month suspension and fine of 1,800 $.

After finishing the period of suspension, Croom is ready to face Alex Caceres on UFC Fight Night: Rozenstruik vs Gane. But he is still sore about Nevada State Commission turning his first victory into no contest.

In the pre-fight press conference, Croom says, “I quit smoking two months ago, just to make sure they ain’t taking shit from me this time. Garbage.”

“And they’re not gonna change it because this is how they’re getting paid. So, bullshit.”

Croom is happy about USADA revising the norms

In January, California State Commission and USADA announced a revision in the guidelines for banned substances, and cannabis will be no longer served as a harsh substance.

Kevin Croom is happy but he is still remaining very aware of it. He added, “I had to pay them to come out and test me. I gotta pay them a fine, This is how they’re making money. So are they gonna change? I don’t know.”

“Let’s hope that USADA and all that was the first domino falling. But, people like money. So we’ll see.”

Also Read: “I’m not here to kick a man while he’s down,” Max Holloways comments about his fight with Conor McGregor