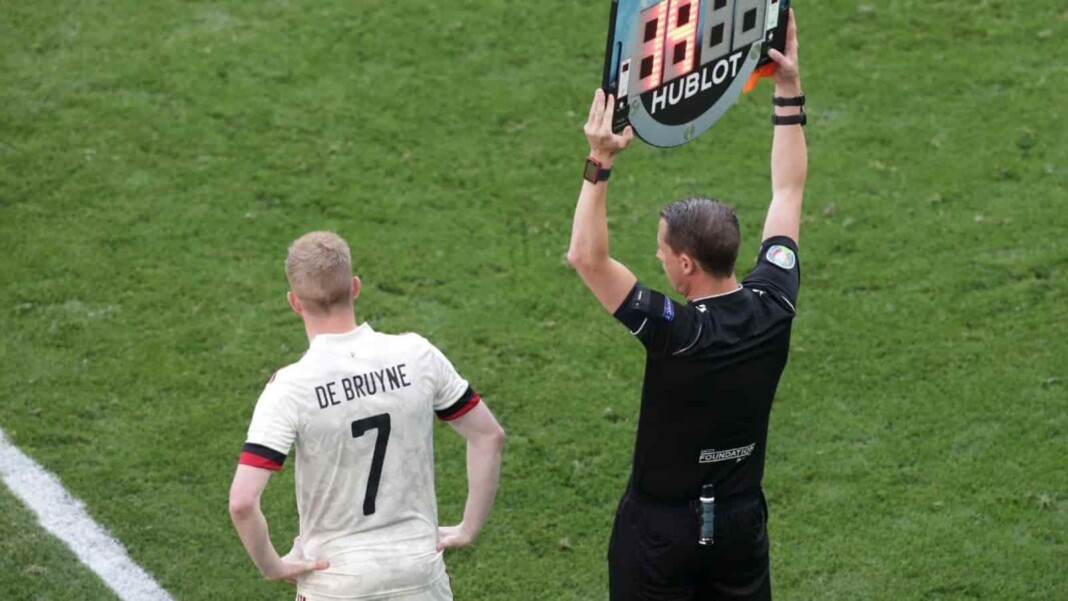 Belgium has already secured qualification in the knockout stages of the Euro 2020 Championship with their comeback win against Denmark. Though the Denmark match was quite emotional for Belgian striker Lukaku due to the Christian Eriksen incident, the dedication to win the game did not take the back seat even for a moment.

However, it was Denmark who opened the scoring just two minutes into the game and Belgium were finding it hard to equalise untill Kevin de Bruyne was thrown off the bench to change things after half-time. The attaciking midfielder did just that by scoring one and setting up another which completed Belgium’s successfull comeback to emerge victorious in the end.

The Kevin De Bruyne Impact in the second half

Kevin De Bruyne, who now considered as the talisman for this Belgium side, has made an instant impact at Euro 2020 Championship after coming off the bench after halftime. The Manchester city missed the first game due to an injury he suffered against Chelsea in the Champions League final. Though Belgium eased past Russia and made sure that De Bruyne was not missed, it was obvious for the 29-year-old to make it to the starting line-up after his full recovery.

The Belgian, after coming on took only 9 minutes to stamp his authority on the game by providing an assist for Thorgan Hazard to score. But the best was perhaps yet to come and eventually the former Chelsea man scored a thumping goal with his weaker foot on the 70-minute mark. He was assisted by another former Chelsea player, Eden Hazard, who is still struggling to find his best form at Real Madrid. Here is the goal from PFA player of the year 2020/21:

With Romelu Lukaku in top form and Kevin De Bruyne doing what he does best, Belgium looks like a good bet to lift the trophy. Eden Hazard also was involved in the sweet memories of the match with an assist for De Bruyne’s goal which is good signs for a plyer, who has garnered a lot of criticism in the recent past due to his form and injuries.