Khabib Nurmagomedov vs Kamaru Usman – A near equivalent of Khabib vs Georges St-Pierre? 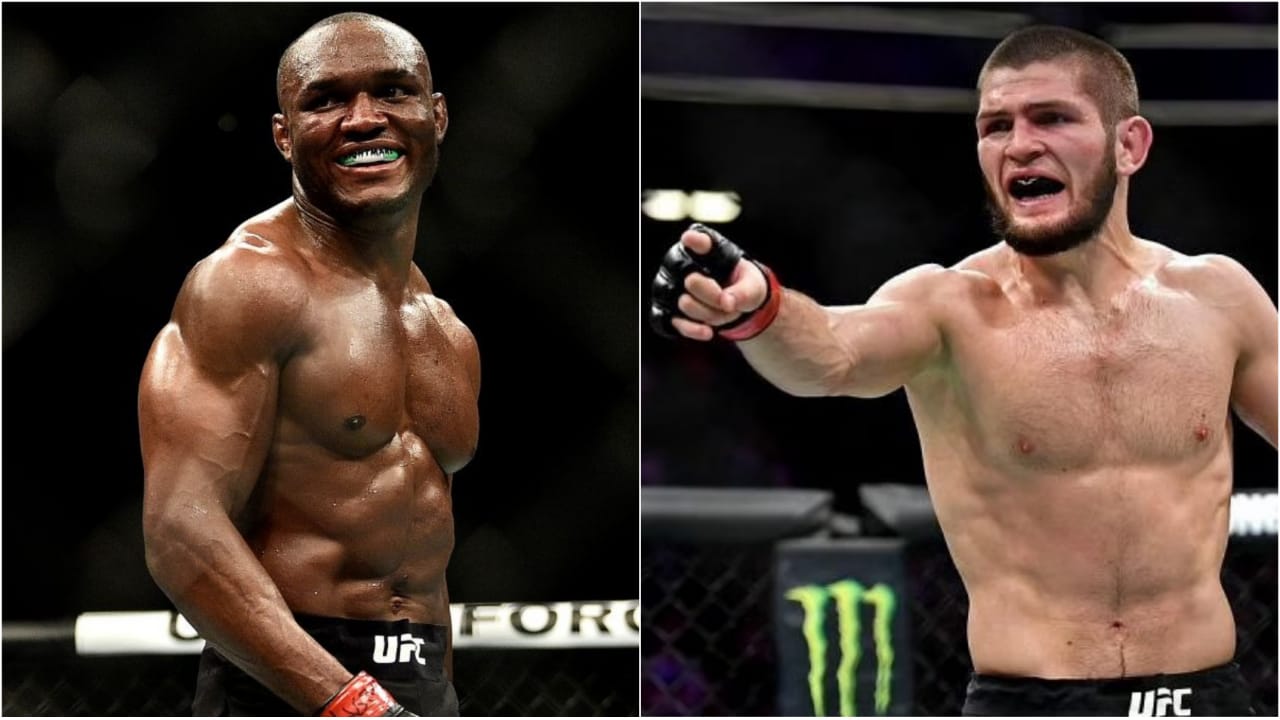 Kamaru Usman put on a clinic against his former teammate Gilbert Burns at the recently concluded UFC 258. The Nigerian Nightmare, knocked Burns out in the third round, after getting off to a stuttering start, being rocked by a couple of hard punches from Burns. With the win, Usman surpassed one of the greatest mixed martial artists of all time – Georges St-Pierre’s record of 12 consecutive wins in the UFC, making it 13. Talks and rumors of a possible GSP vs. Usman have also begun doing the rounds.

Elsewhere, Khabib Nurmagomedov who announced his retirement from the UFC, on the 24th of October, last year, has remained tight lipped about his future, although there are a plenty of rumors afloat that he might make a comeback, especially if it is for a fight against Georges St-Pierre. However, the latest development is that Khabib taking on Kamaru Usman, would be the closest to the ‘fantasy’ Prime Georges St-Pierre vs. Khabib matchup, since there is almost no chance GSP is coming back, and also that the Canadian is way past his prime.

Usman has cleaned out the entire welterweight division!

Both Khabib Nurmagomedov and Kamaru Usman are managed by Ali Abdelaziz. If Khabib ever decides to come out of retirement, it wouldn’t be difficult convincing him to take on Usman, although he will have to move up a weight division probably. The matchup definitely makes sense, since Usman has almost cleaned out the entire welterweight division, beating a large majority of the top ranked welterweights comprehensively.

But, Khabib Nurmagomedov has always been a man of his word. Even a lucrative and ludicrous deal wouldn’t lure him to come out of retirement. The best case scenario for fight fans would probably be Khabib coming out of retirement for a one-off fight.

Do you see this fight happening?