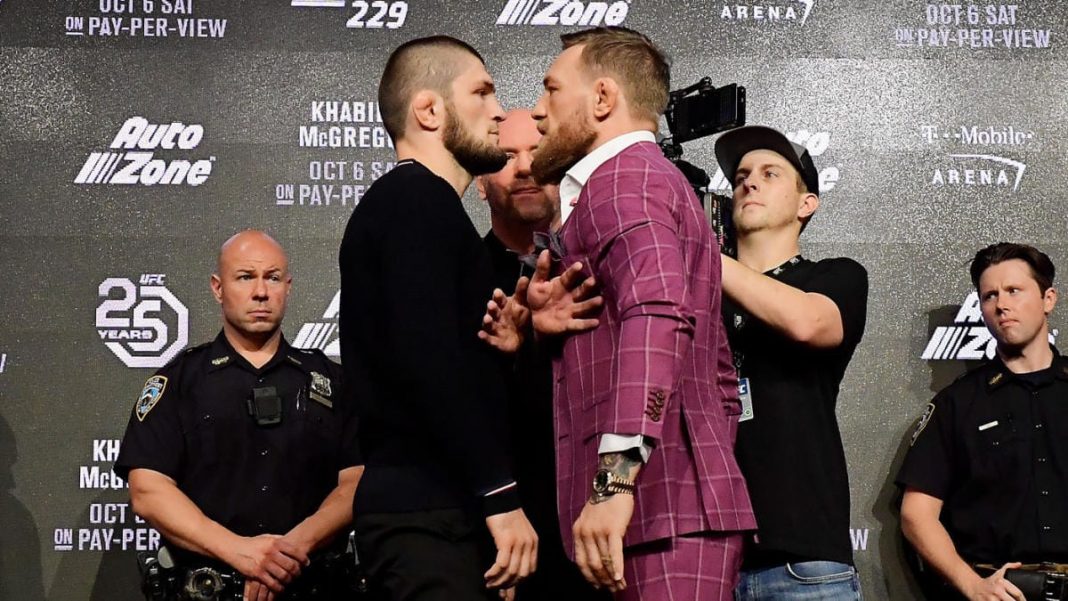 Khabib Nurmagomedov’s coach Javier Mendez believes that Conor McGregor would get absolutely smashed if he ever takes on Khabib in a rematch. Conor McGregor, recently got pummeled by Dustin Poirier at UFC 257, as he got knocked out for the first time in his glorious MMA career. The loss would have surely left the Irishman shattered, but, he believes he could bounce back.

Speaking in an interview with Submission Radio, Javier Mendez revealed that Conor McGregor wasn’t prepared for the leg kicks Dustin Poirier executed throughout the match. He expressed his surprise at how a fighter like Conor wasn’t up for it and added that he would have gotten smashed by Khabib.

Javier Mendez was quoted as saying, “When I saw Dustin start going for the leg kicks, I go, oh my God, Conor’s stance is not made for checking properly, leg kicks like that. Especially calf kicks. So, I thought that was going to be a major problem and then when he hit Dustin with the good shot and Dustin took it, that’s when I kind of knew, oh boy, things are gonna change and sure enough they did. It was a great game plan from Dustin to work the leg kicks, calf kicks and it was a bad judgement on Conor’s part to not be prepared for that.” [via BJPenn.com]

Expressing his surprise, he said, “I don’t understand how you cannot be prepared for something like that, when that’s what everybody’s going to. Khabib, I told him, I reminded him every day that ‘Justin’s coming after your legs, Justin’s coming after your legs.’ Every day I was telling him that. And you would think that you would be reminded also because that’s a big weapon. Until fighters learn how to deal with it, it’s gonna be a big weapon.” [via BJPenn.com]

Do you agree with Javier Mendez?

Also Read : ‘Me and Kamaru had over 200 rounds sparring, at least’ – Gilbert Burns on his upcoming opponent Kamaru Usman!