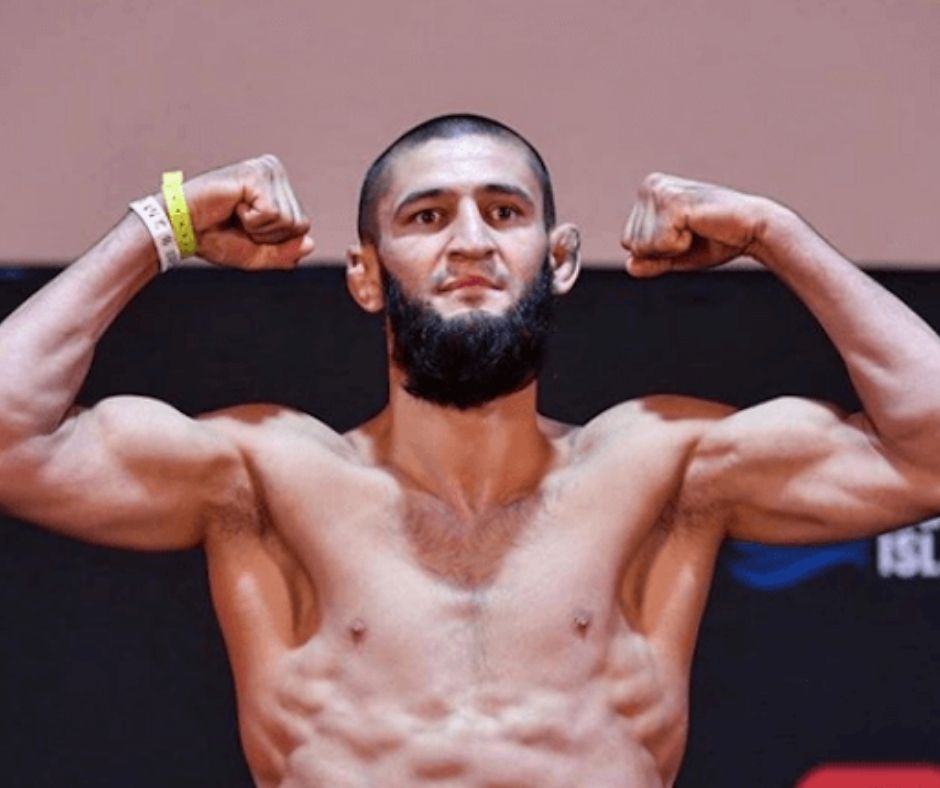 In the recently concluded UFC Fight Island 3, Khamzat Chimaev was victorious for the second time in just 11 days.

He is gaining more and more confidence day by day and recently responded to his comparisons with the reigning UFC Lightweight Champion, Khabib Nurmagomedov. Earlier, he also sent warnings to Mike Perry and Conor McGregor.

Chimaev was speaking with the MMA media at the post-fight conference and spoke about Khabib and his 28 wins. He admitted the fact that ‘The Eagle’ was the pound-for-pound number 1.

However, while admitting the fact he also added that he will replace Khabib soon as the number 1. Besides that, he also promised to be a champion fighter in the UFC.

Who can be next for Khamzat Chimaev in the UFC?

Since Khamzat Chimaev has now dropped to his natural weight class (Welterweight) at his second fight, there is a possibility of his clash with veteran Donald Cerrone.

After his first win at UFC Fight Island 1, Chimaev called out ‘Cowboy’ and after the second win against Rhys McKee, he even asked for a fight at UFC 252 pay-per-view.

On the other hand, the UFC President Dana White has also claimed that he will make sure that Chimaev gets a chance to fight on the upcoming PPV card.

Also Read :Joe Rogan to be replaced by Daniel Cormier as a commentator on EA UFC 4