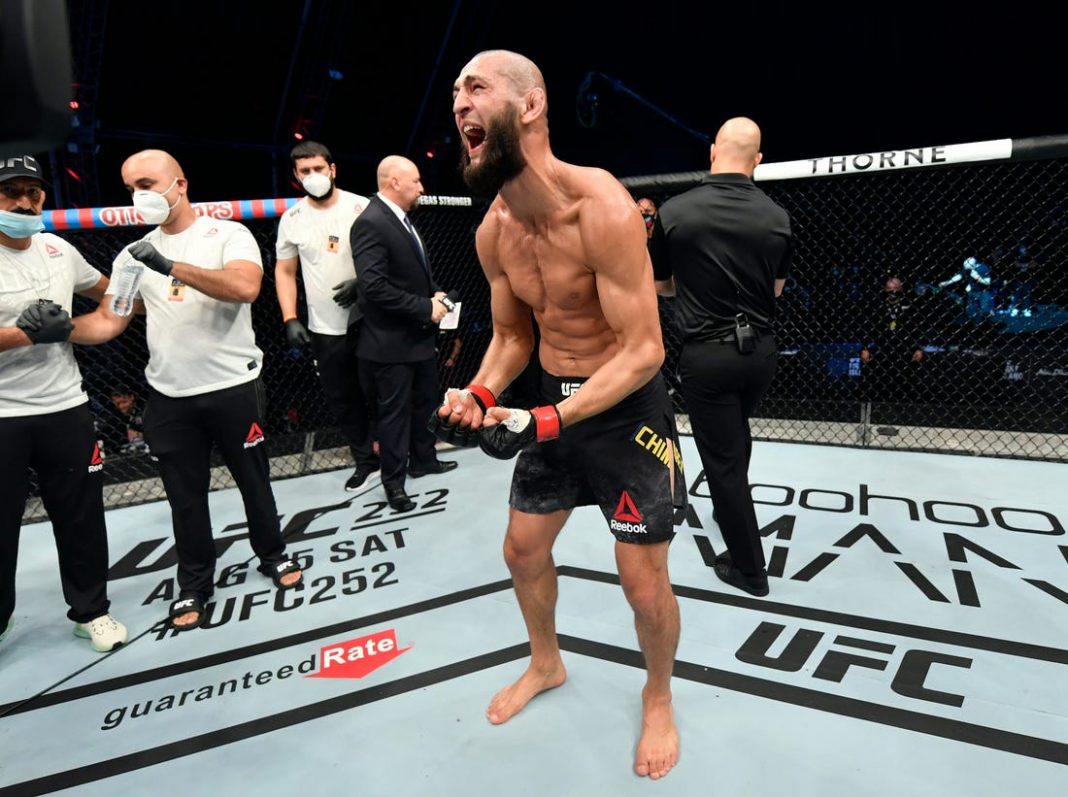 Khamzat Chimaev has told UFC great Chael Sonnen that he would finish former Conor McGregor victim Donald Cerrone early if they met, adding that he would “love to fight” all comers after scoring two quick wins on Fight Island.

He has outlined his smash-and-grab, money-making approach while dismissing any fears over a potential scrap with Donald Cerrone.

“I would be happy if they give me him,” Chimaev told former contender Sonnen. “He has a good name, but for me, it’s an easy fight, easy win. I think first or second round, I would finish him.”

UFC president Dana White is understandably keen to feature Chimaev again but the eight-fight unbeaten prospect admitted he had not heard anything about taking on the hugely experienced Cerrone or any other opponent.

“I train every day,” he said. “I love to fight. Smash somebody, take money. I know I can smash everybody in the UFC.”

Chimaev said he would relish the chance to train with lightweight champion Khabib Nurmagomedov, having already followed his lead by wrangling with Conor McGregor on social media.

He beat Phillips at middleweight and McKee at welterweight, boasting after his second victory: “I can fight after one hour, maybe. “If somebody is injured, I’m here. It doesn’t matter. I’m going to smash everybody.”