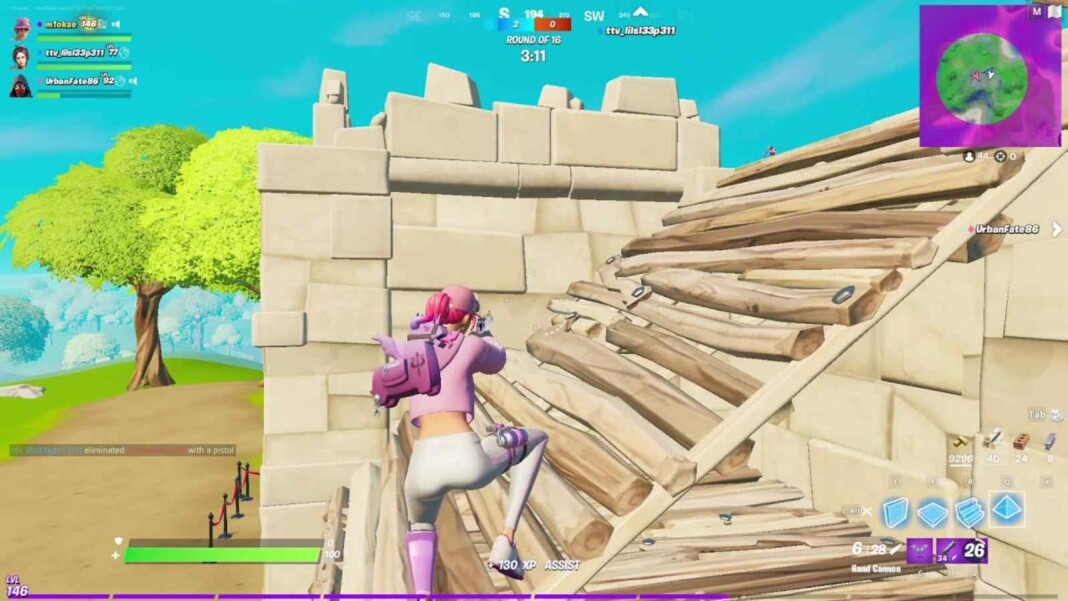 Knockout Shuffle Fortnite Code is a code to a creative competition launched by Fortnite Creative that is a part of Fortnite Creative. is an LTM in Battle Royale that was released during 2020’s Summer Splash. It consists of 16 teams of 4 players fighting for the Victory Royale using a tournament format.

Players can use different creative Map Codes to get a different taste in gameplay experiences. This article covers everything you need to know about Knockout Shuffle.

This mode was already a part of Fortnite creative and features a mode where players had to complete quests. It allows the community to unlock different arenas with challenges for players to participate in. Each round, a team faces another team in a certain location, they each last 3 minutes, and the storm slowly closes.

The Fortnite Creative Mode will allow players to make their own private map with all the content from the game including survival modes involving zombies. Players can create their own servers and have others join them. It has some codes available by the Fortnite community members and interested players can join the creative map for something other than the Fortnite Battle Royale.

To win a round your team must have to beat the other team at getting the most eliminations in those 3 minutes. Not like, Operation: Knockout, each team member and team you are facing off has the same loadout as you during the line. Though, some guns included in this game mode are Spy Games’ exclusives.

It’s an impressive Creative experience and comes with quests. From massive RPG creations to horror adventures and even maps based on popular games like Cyberpunk 2077, Fortnite Creative explores a whole other level of fun, and players should try it out even for fun.

Creative mode in Fortnite allows players to do anything and everything in it, taking the fun quotient of the game a notch higher. The new mode can be used to test out and explore many new features in the game and used to formulate strategies and even more.