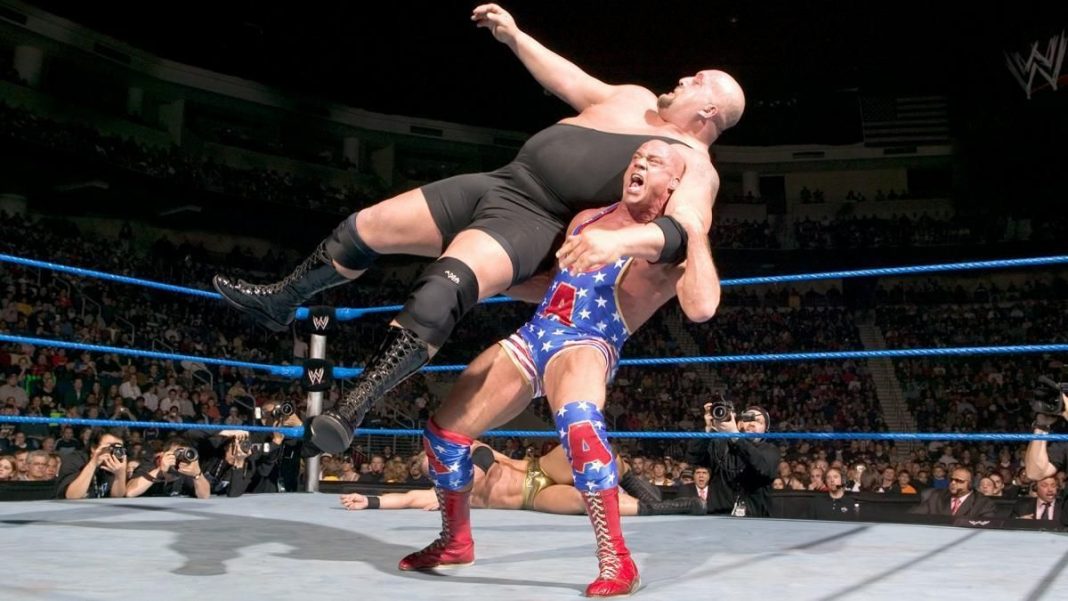 The latest name to make the shift from WWE to AEW is Paul Wight, formerly known as Big Show. The former WWE Champion signed a multi-year deal with All Elite Wrestling. Tony Khan, CEO of AEW, informed that Wight will be involved in wrestling as well as non-wrestling roles.

Kurt Angle recently mentioned that he was surprised on hearing the news of Big Show joining AEW. He used to believe that the giant would stay in WWE forever. Angle mentioned that WWE had always treated Big Show well and Vince McMahon had even helped Paul Wight during a financially challenging phase in Show’s life.

Angle was discussing the No Way Out 2006 PPV on The Kurt Angle Show, when the topic of Big Show came up. He explained that WWE and McMahon did a lot of things for Wight and he reciprocated it by being loyal to the company.

“I always thought that Paul would be with the WWE for the rest of his life. I mean, they treat him really well. They did a lot for Big Show. You know, when he quit and went to be a boxer, you know, he lost a bunch of money, and Vince helped him out a little bit and got him back in the game. There are a lot of things that occurred that, you know, Vince McMahon showed his loyalty to Big Show, and Big Show showed it back, no doubt about it.”

Angle initially thought that Paul Wight’s Netflix show, The Big Show Show, was produced by WWE. This led him to believe that Wight might be locked down for a lifelong job in WWE. But Angle admitted that Show might’ve felt undervalued in the WWE.

“I think Big Show probably felt a little bit underappreciated in WWE the last couple of years. They’ve had him, you know, they humbled him quite a bit, having his job out here and there, you know, tuck his tails between his legs and walk away…if he is happy, I’m happy.”

WWE made The Big Show a jobber on TV, which would disappoint a multiple-time World Champion like Show. While Angle was sad that Wight left, he mentioned that he is happy if Show is happy.

Nevin Clinton - April 11, 2021
MS Dhoni has been one of the most successful captains in the Indian Premier League (IPL). His excellent record as the Chennai Super Kings'...