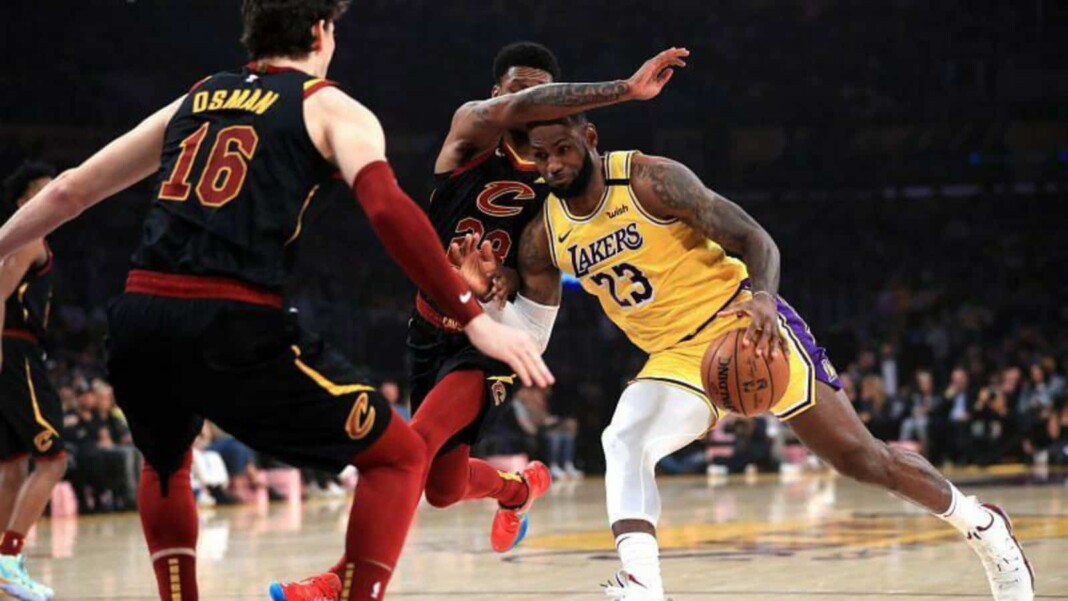 Read about LA Lakers vs Cleveland Cavaliers Live Stream and Prediction. The LA Lakers have almost half of their main player out and injured. The Lakers will host the Cleveland Cavaliers at the Staples Centre for the match which can help them to come out of this meandering course. Either they will win it and be back in the series or will have to face a plethora of humiliation.

Even though the LA Lakers are named as the top contenders for this year’s championship performance of that level is yet to be seen. With LeBron James, Anthony Davis, and Rajon Rando’s questionable position in the starting line-up against the Cavaliers, the LA Lakers will have put their faith in young players like Malik Monk and Austin Reeves.

The Lakers were finally believed to be coming back when they won their back-to-back games against the Memphis Grizzlies and the San Antonia Spurs. But the thought castle came crashing down when the Lakers faces a mortifying defeat against the Oklahoma City Thunder.

The Lakers blew off a 26 point lead to a team who is at the bottom for the Western Conference core table with 0-4. The Thunder beat the Lakers by 123-115,  full-time. This was surely embarrassing for the Lakers. Russell Westbrook’s inconsistent performativity has been the biggest concern for the Lakers after injury. There’s a need for a back-to-basics lesson. Russell’s delivery of the ball to the rim needs more accuracy or the championship will be air-balled too.

The Lakers need to get their act together and come to face the reality soon or will be out of the contender’s race for this year’s championship.

The Cleveland Cavaliers have won their last three games back-to-back. They faced the LA Clippers last night. The Cavaliers dominated 3 of the 4 quarters and ultimately beat the Clippers by a score of 92-79. Collin Sexton dropped 26 points, 7 rebounds and 1 assist for the Cavaliers. Evan Mobley scored 12 points and 10 rebounds with no assists.

The Injury report has listed these players for the LA Lakers:

The Injury report has listed these players for the Cleveland Cavaliers:

The Predicted Line up for the LA Lakers is:

The Predicted line up for the Cleveland Cavaliers is:

The timings fo the Match

The match LA Lakers vs Cleveland Cavaliers Live Stream will be broadcast at different times in different Time zones.

The fans can watch the match on Spectrum SportsNet and Bally Sports-Ohio or could also watch the match on NBA League Pass. The fans living in other countries can refer to the channels mentioned below to watch LA Lakers vs Cleveland Cavaliers Live Stream.

The Lakers are placed at the 9th position with 2-3 and the Cleveland are placed at 6th in the Eastern Conference with 3-3score. The clash is going to be interesting for the Cavaliers fan but the Lakers, it does or drown situation The Lakers need to win this match if they wish to retain their position as this years’ Title contenders.

As per the roster capabilities, the Lakers should win it statistically but their performance has been relatively poor than what is portrayed on the paper. So, the Cavaliers may have a big shot at winning this match.