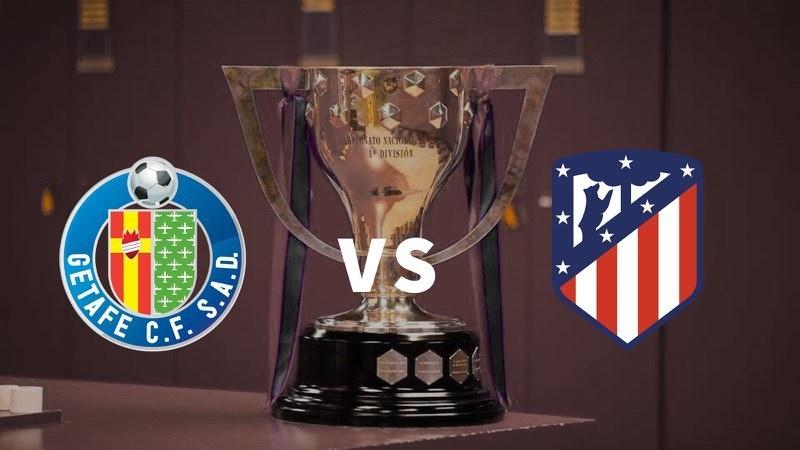 Atletico Madrid pulled off yet another heist in La Liga, courtesy of a late brace from Uruguayan striker Luis Suarez. Diego Simeone’s men looked the second best team for most parts of the match but came up with the goods in the final minutes to snatch 3 crucial points from Getafe.

Getafe took an unlikely lead in the dying moments of the first half through a powerful Stefan Mitrovic header. However they could not protect their lead, and are yet to register a point on board so far this season. With that, let’s have a look at the player ratings :

David Soria (6.5/10): The goalkeeper did not have much to do but was excellent whenever called upon. He pulled off a fine save of Suarez in the first half but could not do much to save the equalizer.

Mathias Olivera (6.5/10): The left full-back was almost impeccable throughout the match and put on a real shift to stop the Llorente – Trippier combination.

Stefan Mitrovic (7.5/10): An excellent performance from the center-back and pulled off a stunning header to give Getafe an unlikely lead in the first half. He had a great game defensively as well limiting Atletico’s chances.

Jorge Cuenca (6.5/10): A decent performance from the center-back until the final minute of the match, where he misjudged the ball for Suarez’s winner.

Dakonam Djene (7/10): Djene was not his usual error-free self tonight as he made quite a few mistakes at the back, notably back passing a header in the header which led to Suarez’s first chance of the match.

Juan Iglesias (6.5/10): The right-full was not seen much throughout and failed to keep hold of the ball, the rare times Getafe had on the ball. However, he kept out Carrasco for most of the match.

Florentino Ibrain (6.5/10): The young Portuguese midfielder had an excellent game in the middle of the park for Getafe, and made a number of challenges to stop Griezmann and Correa.

Carles Alena (5/10): A game of two halves from the ex-Barcelona winger, who was decent in the first half, taking on players and setting up counter-attacks for his side. However, it was his red card in the 70th minute which turned the tide towards the opposition.

Nemanja Maksimovic (7/10): An assist for the midfielder, who swung in a perfect cross for Mitrovic’s perfect header in the first half.

Jaime Mata (6.5/10): Jaime Mata was the brightest of players for Getafe in the first half, as the striker held the ball up beautifully. He proved a menace for the Atleti defenders and looked for goals whenever the opportunity arrived for him.

Jose Macias (6/10): A disappointing outing for the striker who failed to link up with his striking partner and was set aside for most parts.

Jonathan Silva (6/10): The defender was subbed on in the 78th minute to protect the lead but was not able to make much of an impact as he failed to stop the crosses coming into the box.

Enes Unal(6/10): The striker was brought on to replace Jose Macias to provide Geatfe with some pace up front on counter-attacks. However, those opportunities were few and far between after they got reduced to 10-men minutes later.

Jan Oblak (GK) (6/10): The keeper had a poor match by his lofty standards and made a string of errors in the first half, ultimately which led to Gertafe’s goal in the dying minutes of the first half.

Jose Gimenez (7/10): He had a few dodgy moments in the first half when Getafe pressed on the counter. He ended up with a booking after complaining too much to the referee.

Stefan Savic (7/10): The center-back did not have much to do defensively but won 3 aerial duels and finished the match with an impressive pass percentage of 84%.

Renan Lodi (5.5/10): Lodi looked out of sorts in the first half, and received a talking too from Diego Simeone on the pitch. He was subbed off in the 63rd minute after a poor outing at left-back.

Kieran Trippier (6/10): The right-back looked uncomfortable throughout his 60-odd minute stay on the park. The combination between him and Llorente did not work at right-wing and he was taken off for Vrsalijko.

Hector Herrera (7/10): The Mexican did pretty well in the center of the park to build most of Atletico’s attacks. He displayed some smooth passing and provided cover for the center-backs as well tracking back on Getafe’s counters.

Marcos Llorente (6.5/10): Llorente ran tirelessly from the right-wing position. The link-up between him and Trippier did not work for Simeone tonight as Getafe had players to defend on that side of the pitch.

Angel Correa (6.5/10): He was lively throughout the match but failed to make a meaningful impact on the match for all his good work.

Yannick Carrasco (6.5/10): The Belgian winger faded with time as the match went on, and looked isolated on the left side of the pitch with little support from Renan Lodi. He made it into the penalty box on one occasion but failed to get his shot on target.

Antoine Griezmann (6/10): Griezmann was decent on his return to the league for Atletico Madrid. He had a few wayward shots from outside the box but was subbed off in the second half.

Luis Suarez (8.5/10): The Uruguayan striker was the game-changer for Atletico Madrid, scored both the goals for Simeone’s side. After a perfect finish from Hermoso’s cross for the first goal to bring Atletico level, he scored in the 90th minute to seal the victory.

Mario Hermoso (7.5/10): The defender came on for Trippier in the 63rd minute and grabbed himself the assist for Luis Suarez’s equalizing goal.

Rodrigo De Paul (6.5/10): De Paul came on in the 63rd minute to replace Lodi and was caught up to the speed of the match of the word go. The Argentine made some darting runs towards the end of the match and did well with his intricate passing to tire out the Getafe defenders.

Sime Vrsalijko (6.5/10): The substitute worked wonders for Simeone as he proved to be the difference for Atlketco and provided the assist for Suarez’s winner in the 90th minute of the match.