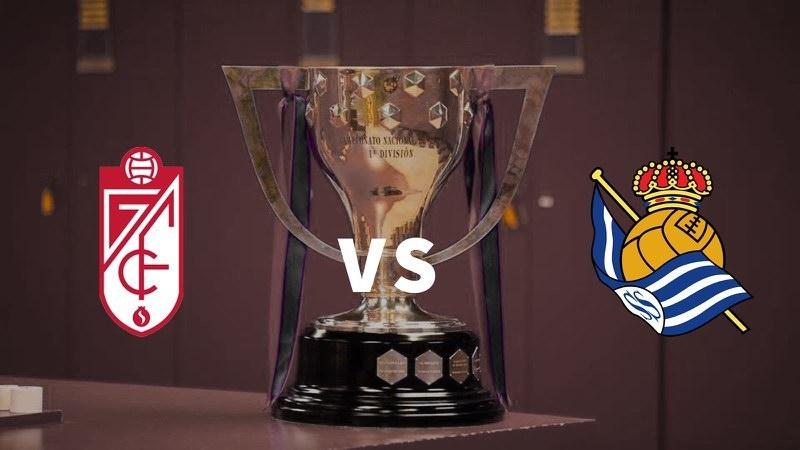 Real Sociedad came from behind to earn an exceptional 3-2 victory against Granada. Aritz Elustondo scored a brace for La Real, and Mikel Merino scored a stunner to give all three points to the away side after Granada had taken a early lead in the 9th minute of the match. The victory takes Real Sociedad up to the 3rd place in the table with 13 points from their 6 matches whereas Granada find themselves languishing at the 18th position and are yet to taste victory this season.

Here are the player ratings for the teams:

Matt Ryan (6/10): The goalkeeper made a number of errors and was partly at fault for the first and the third goal.

Joseba Zaldúa (6.5/10): He created a number of chances for the strikers digging in crosses from the right flank. However he was caught out defensively and needed cover from the center backs.

Aritz Elustondo (8.5/10): Artiz was in sublime form while defending. The defender also made a huge mark on the match, scoring a brace and the winner expertly with a striker’s finish.

Robin Le Normand (7/10): Robin was invincible at Ariel duels and won each and every one of the challenges he offered. He won 3 aerial battles and registered a pass accuracy of 89% helping his side build from the back.

Aihen Muñoz (6/10): The defender was poor in this match, missing out on a number of challenges. He lost the ball on many occasions to put La Real in trouble defensively.

Ander Guevara (6.5/10): He was excellent at winning aerial balls and defending, and also defended with passion playing at the middle of the park.

Portu (6/10): The winger was poor, and failed to create chances for his side and was eventually replaced after Sociedad got their equalizer in the 66th minute.

Robert Navarro (7/10): The striker had a decent match, linking up well with the midfielders and his strike partner. He had two attempts at goal but failed to get the all-important goal.

Mikel Merino (8.5/10): The Spanish midfielder was perfectly placed to take the shot from the left side of the box to score Sociedad’s second goal.

Mikel Oyarzabal (7.5/10): The Spanish international played in with real heart and brought the match back into their grasp, with a perfectly delivered cross in the box for Elustondo’s opener.

Alexander Sørloth (6.5/10): The striker was decent in the minutes he received and played Merino on for an excellent chance which the midfielder spilled in the second half. He was taken off after suffering a knock in the 76th minute.

Igor Zubeldia (6/10) The midfielder replaced Sorloth for the final 20 minutes and had a few shots on goal, but failed to keep his efforts on target.

Julen Lobete NAGerman Valera (6/10) The winger did not have a great time out on the pitch and misplaced a lot of his passes under pressure from the Granada defenders.

Adnan Januzaj (6.5/10): The Belgian looked sharp and attacked the space on the right flank after coming on for Portu in the second half.

Martin Zubimendia (6.5/10): The Spanish midfielder did exactly what was asked of him, after coming on for the final 13 minutes. He held on to the ball and eked out every second possible with his ball retaining skills.

Luis Maximino (7.5/10): The keeper made a number of stops to deny Real Sociedad goals in both half. He did not have much to do for the goals Granada conceded.

Arias (6/10): The right-back had a game to forget in the latter half of the match, with Oyarzabal often finding masses of space on the right.

Domingos Duarte (6/10): The Spanish defender was poor and failed to deal with the guile and creativity of the Real Sociedad strikers throughout the match

German Sanchez (7/10): The defender did not have a good second half, but scored the opener for the home side, heading in from a cross.

Carlos Neva( 6/10): The left-back was decent in the first half, but struggled to deal with the pace of Januzaj in the second half, and was eventually replaced for the final 10 minutes.

Angel Montoro (6.5/10): The midfielder was full of running throughout the match, and was impressive with his passing range.

Maxime Gonalons (6.5/10): He was instrumental in Granada’s attacking play whenever the side received possession on the counter. He always looked to find the wingers to get his side on the front foot as soon as possible.

Luis Milla (7/10): The midfielder scored the equalizing penalty with a cool and calm finish. He registered a pass accuracy of 80% but was taken off for the final few minutes.

Darwin Machis (6/10): The striker was taken off in the first half, after suffering a bad injury.

Luis Javier Suarez (6/10): The striker did not have a match to remember and could just register a single shot, which was off target. He received a yellow card for a poor challenge.

Rubén Rochina (7/10): The winger assisted the first goal of the match for German Sanchez and had a decent match running into space whenever given the chance. He was taken off after 66 minutes.

Sergio Escudero (6/10): Did not make much of an impact after coming on for the final 10 minutes.

Carlos Bacca (6.5/10): The Colombian looked lively after coming on in the 65th minute of the match. Although he did not have a shot on goal, he dribbled well and played some crisp passes during his time on the pitch.

Monchu (6.5/10): The midfielder did not have much of an impact in the final 10 minutes as Granada looked to score the equalizer.

Antonio Puertas (6/10): The midfielder was called on for inside the first half but did not make a great impression. He did not adjust himself to the speed of the game and looked lacklustre in the second half.