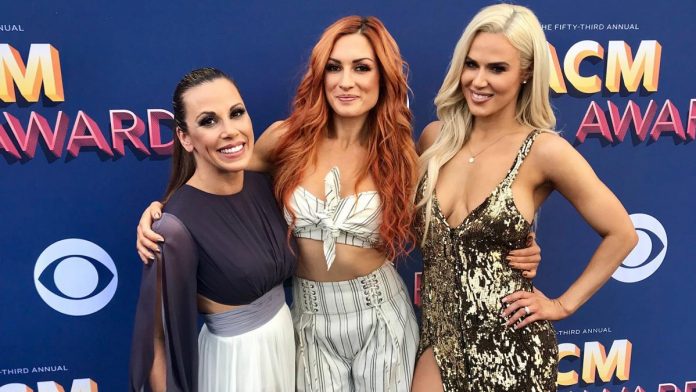 WWE Superstar Lana began her run with the company as an on-screen manager of her husband, Rusev. He has now moved on to AEW, where he is known as Miro. But Lana continues to work for WWE, and has come a long way. She now has an active in-ring career, and is looking to win her career’s first WWE title.

Predictably, the transition from a managerial role to an in-ring role was challenging for the Ravishing Russian. But she recently revealed that a WWE Superstar had an important role in her transitioning her into an in-ring talent.

Lana recently appeared for an interview with Alex McCarthy of talkSPORT. She revealed that former WWE Raw and Smackdown Women’s Champion, Becky Lynch has helped her in growing as a wrestler. In fact, she even called Lynch as one of her closest friends.

“Becky has helped me a lot. That would be someone that probably people don’t know about because of characters, storylines etc. But man, I have learned so much from Becky!… She was so tough on me. But man, if she wasn’t tough, I wouldn’t be where I am right now…And now, I get texts from her saying ‘I’m so proud of you.’ She texts me every single week.”

Lana mentioned that Lynch’s words have always managed to motivate her. Lynch once even had a special message for her, which has still stayed with Lana.

“I’m so thankful for that because when this whole pandemic started, I remember being so discouraged and I remember her telling me ‘you’re so strong. You’re such a strong woman. Now you’ve got to be who you are.’ Hearing Becky say that about me. Every single day I start my morning like ‘I’m strong, I’m resilient I’m durable – I’m going to keep going.”

Becky Lynch is currently on maternity leave from WWE. Lana, on the other hand, is in the Tag Team titles picture. Her and Naomi are the No.1 contenders for the title, and will be facing the Champions at the Elimination Chamber.