Davis told ESPN that he “meant no disrespect” to Floyd’s family with the tweet, and that he took the lead from Floyd’s brother, Philonise, who said following the verdict, “Today, we are able to breathe again.”

“I felt that was a powerful statement,” Davis said. “Today was a day where I can breathe, and we can all breathe again because justice was served. But we have a lot of work to do still on social justice and police brutality.”

Taking to social media, Las Vegas Raiders posted the curious slogan alongside the date of the verdict, wading in to the situation to the disgust of some readers.

“Delete this,” said one of the near-30,000 commenters on Twitter, while another said: “A jury verdict isn’t bringing George Floyd back.”

“Excuse me, what the f***?,“ wrote another, while one respondent who demanded the post be taken down warned: “There’s about to be a job opening on the Raiders’ social media department.”

The post had not been removed around 12 hours after the controversy, with Raiders owner Mark Davis taking responsibility.

Derek Chauvin was found guilty of second-degree unintentional murder, third-degree murder and second-degree manslaughter by a jury for his role in the murder of Floyd outside of a local convenience store. 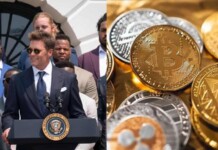 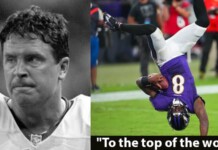 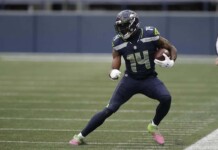 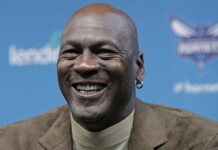 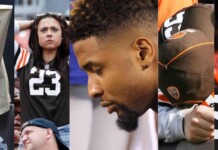