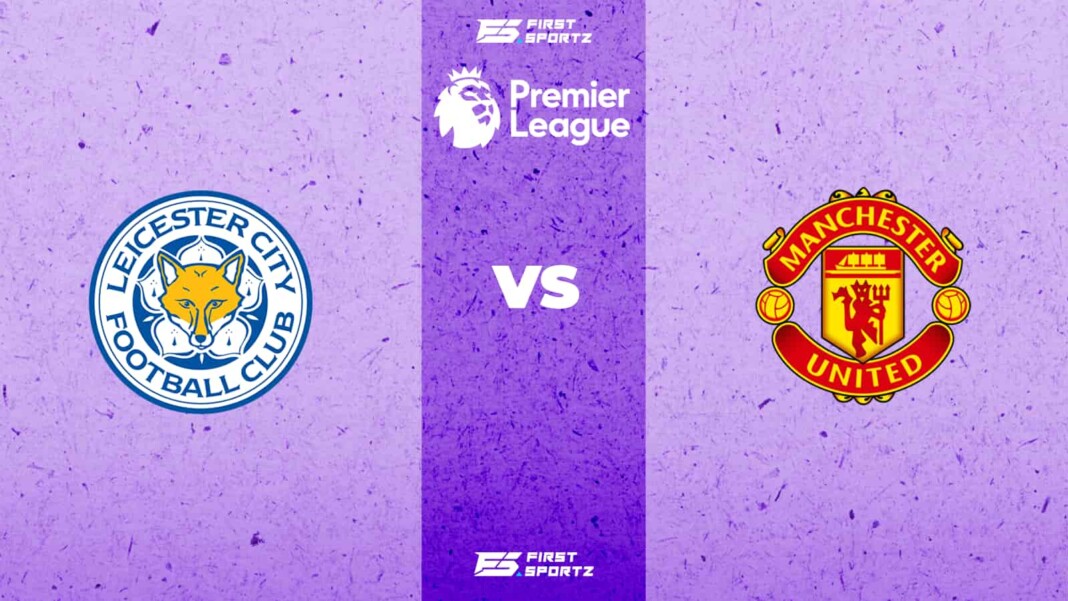 At the end of the game at King Power Stadium, here are our Leicester City vs Manchester United player ratings.

With Ole Gunnar Solskjaer’s job under pressure, he fielded yet to recover Harry Maguire against the Foxes. Both teams traded the blows before Mason Greenwood took the chance to find the back of the net. The long ranger helped them to find the first goal of the game. When it seemed that the Red Devils had finally found their feet in the game, Harry Maguire’s brain fade  moment helped Leicester City to go 1-1 at the break.

Both teams came out with an intent to score the goal and find the winner. However, it was Leicester City that found the breakthrough in the 78th minute to score the 2nd goal. Marcus Rashford scored the equalizer only to see Jamie Vardy to find the third goal. Leicester City piled up more misery on Manchester United adding fourth goal in the dying embers of the game at King Power Stadium.

Kasper Schmeichel (6.5/10): The shot-stopper was key with his ability to judge the long ranger hits as well as close shots.

Jonny Evans (6.3/10): Jonny Evans was the key amongst the central three in the heart of the defense. He held the fort on his side.

Caglar Soyuncu (7/10): The Turkish central defender was off-colour on multiple occasions. He failed to mark Ronaldo. However, he redeemed himself with a great goal to give the Foxes 2-1 lead.

Ricardo Pereira (6.3/10): The wing-back was contributing offensively as well as defensively for his team. He had a tackle and aerial duel to his name.

Youri Tielemans (8/10): The Belgian midfielder was one of the best on the pitch amongst the 22 players. He scored a goal and was a threat throughout the game.

Boubakary Soumare (6.2/10): The new signing was missing throughout the game. Manchester United attackers were able to thread past the player.

Timothy Castagne (6.4/10): The wingback was key with his crucial passes but failed to put in a dangerous ball throughout the game.

James Maddisson (6.4/10): The playmaker was crucial with his passes but was unable to find the back of the net or get an assist to his name.

Jamie Vardy (7.6/10): The English international was creating chances and breaking the lines for his side in the game against Red Devils. He scored the third goal for his side to give the team a 3-2 lead.

Patson Daka (7/10): The new signing rubbed on the wounds of Manchester United by adding the fourth goal at King Power Stadium.

David de Gea (6.2/10): The Spaniard had threats on his post but was able to parry it away. However, he could not stop the wondergoal of Youri Tielemans.

Aaron Wan Bissaka (6.6/10): The right-back intercepted the attacks and stopped several counter attacks. He was also key in the first goal.

Victor Lindelof (6.5/10): Though he was faulty at several places, the Swedish central defender was able to stop several attacks.

Harry Maguire (6/10): The English skipper was unable to stop the attack and his missed pass cost the goal in the first half.

Luke Shaw (6.2/10): Luke Shaw was defensively poor throughout the first half and no noteworthy contribution was seen from the attacks as well.

Nemanja Matic (6.5/10): The Serbian international was called in the absence of Fred and Scott McTominay. He helped the team to build the attacks.

Paul Pogba (6.5/10): The French international was in fine nick for Manchester United throughout the game. He created the chances and contributed defensively as well.

Bruno Fernandes (6.7/10): The Portuguese Magnífico was key for the side with his playmaking abilities. He did the dirty work as well for the side.

Jadon Sancho (6.5/10): Though the winger was trying to create the chances, he was unable to assist or score a goal.

Cristiano Ronaldo (6.8/10): The Portuguese superstar kept the opponent guessing with his ability to run between the lines. However, he could not capitalize on the chances he had.

Mason Greenwood (7.1/10): The 20-year-old scored the goal for Manchester United but was found firing shots all over despite having the chances to pass.

Marcus Rashford (7.5/10): Coming off the bench for the first time in the 2021/22 season, Rashford scored the equalizer for the team but that was not enough.