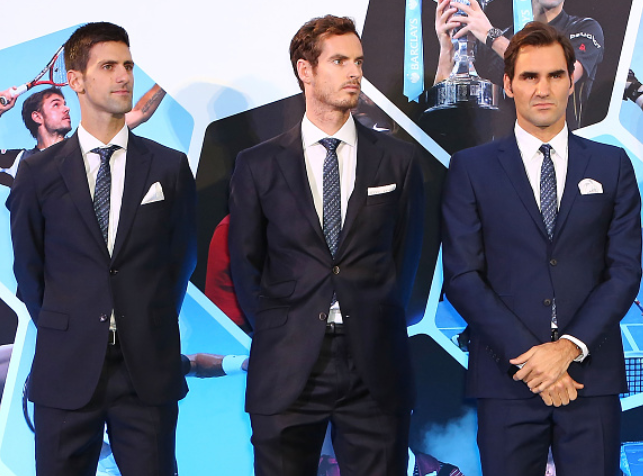 Roger Federer, Novak Djokovic, and Andy Murray have been one of the top men players for the past fifteen years and have shown their supremacy on the court. They have also acted as perfect role models off the court by showing their support to several social causes and have extended participation in several of these events like pay disparities and equal treatment of wheelchair players.

Lendale Johnson reiterated the same recently in his column in The Metro where he spoke highly of the three and how they have helped several players who were struggling to come out. He also spoke about the issues plaguing LGBTQ athletes and overcoming difficult phases in their careers. He also shed light on how they never shied away from openly speaking about this issue and their continued support.

He also talked about banishing the stigma by opening a dialogue in press conferences and interviews which prove to be pivotal. He commended the efforts of Federer, Djokovic, and Murray who did just that and have been allies to the LGBTQ athletes.

“If high profile players are open about being LGBTQ, it will truly help others do the same. Opening a dialogue during interviews and press conferences is a pivotal step in changing the stigma. I applaud Novak Djokovic, Roger Federer, and Andy Murray who have previously stepped up as allies and done just that.”

Further, he revealed his difficulties in being an openly gay tennis player growing up in America. He also opened up on the backing from Martina Navratilova supporting his identity as an LGBTQ player.

“Throughout my tennis career, I never really had to publicly come out. In fact, I remember Martina Navratilova even sending me a direct message on Twitter supporting my identity and urging me to be open about it because it would be good for the sport.”

He also added on the high profile female tennis stars who have come out and lived the truth.

“Over the years, we’ve seen a whole host of gay female pro tennis players come out and live their truth – from Billie Jean King to Martina Navratilova – but when will we see a high profile black gay man do the same?”

Lendale has been training during the pandemic and recently he also opened up his own academy in New York called The Johnson High Performance Tennis Academy.