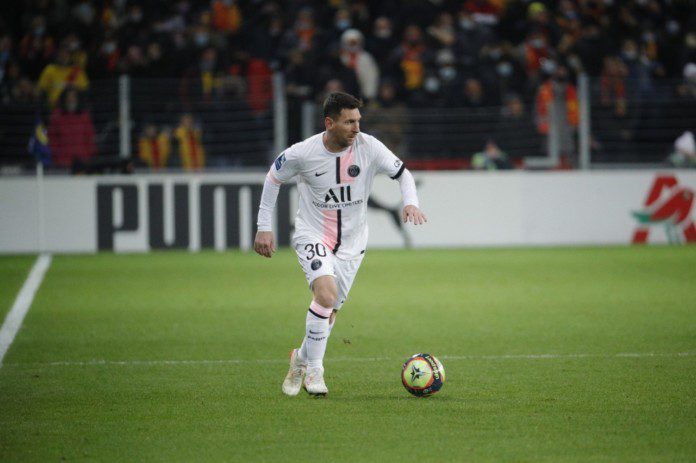 Lens vs PSG: Lens squared off against PSG at the Stade Bollaert-Delelis  in the matchday 17 in the on going Uber Eats Ligue 1

PSG earned an important point after toiling against against a might Lens team with a very late equalizer from Georginio Wijnaldum after going down by a goal at 62nd minute. Lens dominated the whole game before a sublime cross from Kylian Mbappé and Georginio Wijnaldum’s header pulled one back for the Parisians.

Let’s take a look at the player ratings for Lens vs PSG match:-

Jean-Louis Leca(6.5/10): The goalkeeper was solid in front of the net, pulling some fantastic saves from the PSG attackers. He was also pretty decent in his distribution of the ball.

Kevin Danso(6/10): The defender was solid in the the defense making some important blocks and interceptions. He was pretty decent in passing the ball into the midfielders to continue the attack of Lens.

Facundo Medina(6.5/10): The centre-back had a very impactful game defensively, making very important tackles and blocks. He was fast and proactive in the defence and kept the attack going for Lens by making swift and fluid passes into the midfield.

Jonathan Gradit(6/10): The centre-back was pretty decent in the Lens defence and was able to make quite a few interceptions and blocks. His physical presence was evident on the pitch

Seko Fofana(7/10) The midfielder was by far the best player on the pitch today and was instrumental in his performance today against the table-toppers. He was very good on the ball and passed the ball swiftly and with fluidity. He scored the only goal for Lens

Cheick Oumar Doucoure(6/10): The midfielder had a pretty decent performance in the middle of the park making some impressive passes with his teammates specially during the first half. He even managed some shots at the goal.

Przemyslaw Frankowski(6.5/10): The Polish International was absolutely impressive for Lens on the pitch. He was superb on the left side, always running towards the defenders with the ball and shooting with power but without precision though.

Jonathan Clauss(6/10): The French right-back had an impactful game, running up and down that right hand side. He was effective both offensively and defensively. He managed a few dangerous crosses into box.

Arnaud Kalimuendo(6.5/10): The forward was impressive in today’s game. He made quite a few important runs into the box with and also without the ball. He also managed quite a few shots at the goal.

David Costa(6/10): The forward had a pretty decent game running into the defenders with the ball trying to create chances. He also made quite a few runs behind the defense and manages some of the target shots.

Gaël Kakuta(5.5/10): The winger had a decent performance today. He saw quite a lot of the ball in the first half but was almost ineffective in the second half until he was replaced by Florian Sotoca in the 54th minute due to an injury.

Florian Sotoca(6/10): He was subbed on in the 54th minute and had quite an impressive game making some fantastic runs with the ball into the Paris defence and making some impressive passes. He also managed a few shots at the goal.

Keylor Navas(5/10): The Costa Rican goalkeeper did not have a very satisfactory game. He was at times very nervous during Lens attack and hesitant. However, he managed a few important saves.

Presnel Kimpembe(5.5/10): The French international had a decent game at the heart of the PSG defence. He made quite a few important blocks and tackles but at times was sloppy with his passes.

Marquinhos(6/10): The Brazilian centre-back had a decent performance in the PSG defence. He was good in air and won quick a few air duels. Additionally, he made some important blocks and interceptions.

Juan Bernat(5.5/10): The left back did not have a very impactful game and at times was very hesitant and sloppy in his passing. Nonetheless, he maanaged to drive forward sometimes during the game and manages some low crosses.

Achraf Hakimi(6/10): The right-back pulled a fine performance today. He was good both defensively and offensively. He made quite a few impressive passes into the final-third and also managed some blocks and interceptions.

Danilo Pereira(4.5/10): The defensive midfielder did not have much of an impact on the game today. He was sloppy in his passing and lost the ball quite a number of times.

Marco Verratti(5.5/10): The Italian international did not have a very comfortable game tonight. He was good on the ball but he made some hard tackles and recieved a yellow card in the second half.

Leandro Paredes(5/10): The Argentinian midfielder was not not very satisfactory in his performance, losing the ball quite a lot of times. He was sometimes very sloppy in his passing and could not withstand the pressure from the Lens players.

Mauro Icardi(5/10): The striker was not very impressive either today. He did not see much of the ball and missed a few decent chances which could have been scored.

Ángel Di María(6/10): The attacking midfielder had a pretty decent game on the left flank, always running with the ball trying to create chances. He was impactful with his passing today and connected really good with the forwards.

Lionel Messi(6/10): The seven time ballon d’or winner had a decent performance tonight. He was always trying to make something happen for PSG. He created quite a few really good chances for PSG and had a a frew of his shots blocked by the Lens defenders.

Kylian Mbappé (6.5/10): The French forward came on as a substitute for Mauro Icardi in the 70th minute. He was instrumental in PSG’s late goal which sealed one point for the visitors today. He made some very important passes and assisted the goal for Georginio Wijnaldum in the stoppage time.

Georginio Wijnaldum-(6/10): The Dutch midfielder was subbed on at the 70th minute replacing Leandro Paredes. He scored the late equalizer for PSG , heading a delicate call from Kylian Mbappé. He was decent in his performance and manages a few good passes.

Idrissa Gueye-(4.5/10): The midfielder did not have that much any impact on the game coming from the bench, replacing Danilo Pereira. He did not see much of the ball in the minutes he played today. 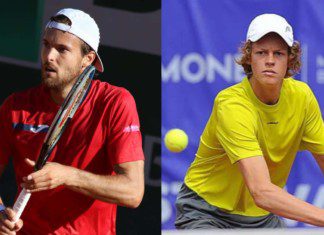