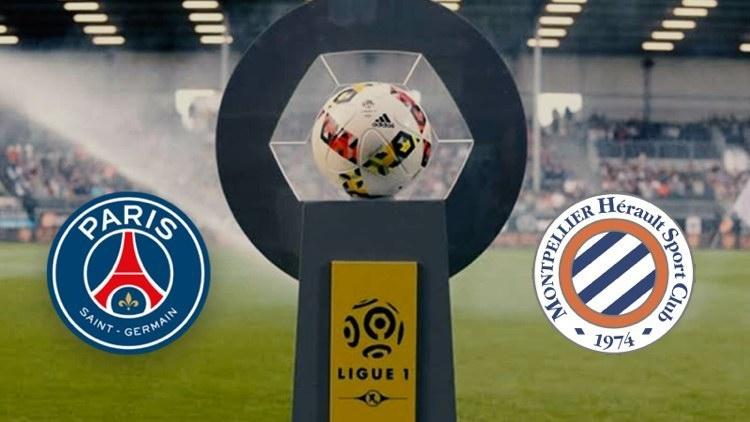 It was the mighty Paris Saint Germain squad playing against Montpellier at one of the most desired venues of football, Parc de Princes. This was the eighth encounter for both the teams in their Ligue 1 campaign and PSG treated the game really well.

It was the 14th minute of the game where an Mbappe lead attack reaches via deflection to Di Maria who then lays it on to Idrissa Gueye. Gueye doesn’t miss out on a gem of a delivery and he fires it past Omlin to bring PSG in the lead.

After a terrifying start, Montpellier started to fall back and play defensive. They did their best to keep PSG quite for most of the game. They couldn’t find an equaliser until the 87th minute where PSG doubled their lead. It was the instant impact by Julian Draxler, who walks in and fires a low-effort to make it 2-0.

Thus, the match went into the lap of Paris Saint Germain who beat Montpellier and got their eighth consecutive win of the season and are yet to lose a match. With that, let’s have a look at how the players performed :

Keylor Navas (GK) (7.9/10) : Navas looked solid as a rock in today’s match up. He made a couple of really good saves and didn’t let any other ball get past him in the field. He certainly earned his clean sheet.

Achraf Hakimi (7.6/10) : With the use of his fierce pace, Hakimi won several ground duels and provided the ball ahead to create big goal scoring opportunities. He did create an opportunity and it was dealt with good teamwork. He also seemed super comfortable at dribbling past players.

Marquinhos (7.3/10) : The captain did a fine job. He made fair few clearances and looked really good on the tackles. He also had an opportunity at goal but was way off target.

Presnel Kimpembe (7.4/10) : Kimpembe made sure of the ball being miles away from the goal and be dealt with ease. He made valuable clearences and didn’t hesitate to take on the players for some duels.

Abdou Diallo (7/10) : A good game for Diallo. He contributed whenever the team needed him the most. He made good passes and also helped keep the ball away from defence. The linking up of the defenders was inspired.

Ander Herrera (8.6/10) : There were two goal scorers for PSG but the star of the night was Ander Herrera who won way too many tackles and interceptions. He did a commendable job at winning ground duels and also had two good attempts at goal. Although, he was off target. A brilliant show by Herrera.

Leandro Paredes (7/10) : Parades had a decent game as compared to the others. He didn’t impact the game that much but his contribution was valuable.

Idrissa Gueye (8.3/10) : A Mbappe lead attack only followed the gameplay into a deflection that fell into the laps of Angel Di Maria who then assisted brilliant to Gueye. He fired it in beautifully to get past Omin and get the first goal for PSG.

Ángel Di María (7.3/10) : Di Maria provided a valuable assist in the 14th minute of the game to Gueye that helped PSG get the first goal of the match. He was really good with his passing at key moments. However, he lost possession way too many times.

Kylian Mbappe (6.9/10) : Not the best games for Mbappe. He didn’t find himself in the scoring rhytm but he did make a few valuable runs at goal, one of which turned out to be the opening goal for his side.

Neymar (6.1/10) : A below par day for Neymar on the field. He did contribute well by providing an assist to Draxler to double the scoreline but he didn’t do good at all. He failed miserably at dibbles and ground duels, barely won any.

Julian Draxler (8/10) : The super substitute walked in and scored a brilliant goal assisted by Neymar. He made a low effort and fired it through Omlin to double the scoreline.

Georginio Wijnaldum (6.6/10) : Wijnaldum walked in the 81st minute of the game. He did help in the keeping the ball moving around but didn’t impact in any way.

Jonas Omlin (GK) (6.8/10) : It was a busy day with the gloves for Jonas Omlin as he failed to hold onto the two goals that went past by him. Two close calls that cost them the match.

Junior Sambia (6.9/10) : Junior was undoubtedly the best of all defenders in Montpellier. He didn’t hesitate at taking on the big guys and won a fair few battles to mark his presence.

Matheus Thuler (6.4/10) : Not much of action on the field for Thuler as he got injured and substituted in the 26th minute of the match.

Maxime Estève (6.3/10) : Maxime did seem to be struggling at a couple of occasions to get control of the ball. However he managed to put together a decent show with defending.

Mihailo Ristić (6.1/10) : Not the kind of performance that wins you games. Mihailo failed on numerous occasions when it came to ground duel challenges. He also lost possession on eighteen occasions.

Jordan Ferri (6.5/10) : It was a hard-working performance by Jordan. He did well with dribbling and tackling but lost too much possession. He won a fair few ground duels on the multiple challenges he took on. A decent game for him.

Joris Chotard (7/10) : Joris was on spot with his passing skills and he certainly made valuable clearences to give his team an opportunity to fight back.

Florent Mollet (6.6/10) : Another Montpellier player, another average performance. He did well with his passes and attempts but winning the ball seemed his area of struggle.

Téji Tedy Savanier (6.7/10) : The captain had a couple of chances to exploit the PSG Goal. However, he was off target on one occasion. He was on target on the other but denied by Navas.

Stephy Mavididi (6.5/10) : An average game for the forward. Good with passing but lacked at creating opportunities for goal for his team.

Valère Germain (6.8/10) : Germain did great with ariel duels. Didn’t hesitate to take on the challenges. However, he had a shot on target but couldn’t convert.

Nicolas Cozza (6.6/10) : Nicolas walked in a little too early courtesy of an injury. However he didn’t disappoint and rather should a courageous display on the field, especially with his tackles.

Leo Leroy (6.4/10) : Leo barely got time to play on the pitch but in that short span he got himself into a fair few ground duels and won a couple.

Beni Makouana (6.7/10) : Despite having a short span to play with, Beni managed to get himself an opportunity at goal. Unfortunately, he was off target on the attempt.