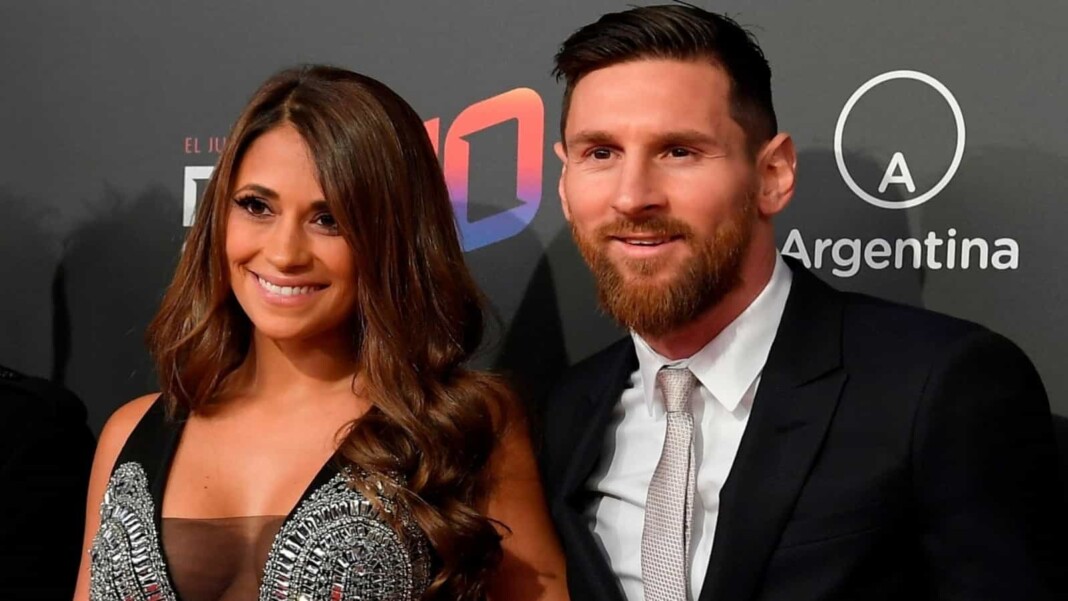 One of the all-time best footballers from Argentina, Lionel Messi, is not only known for on-field gentleman behavior but also off-field loyalty towards his partner. We have seen off the late that few players change their partners. But Lionel Messi is the opposite of these people. The only thing that has changed is the designation. Antonela Roccuzzo is Lionel Messi’s wife who was his childhood best friend.

Antonela Roccuzzo is the wife of a famous Argentina forward and is a model and dietician in the South American country. She rose to fame for her long stay with the footballer, Messi. She is also the cousin of Lionel Messi’s best friend, Lucas Scaglia who is also a football player representing Jacksonville Armada FC.

Who is Lionel Messi’s Wife? What one should know about her!

Lionel Messi’s wife was born in Rosario, Argentina. She is one of the three kids to Jose Ruben Roccuzzo and Patricia Blanco. She has two siblings, Paula Roccuzzo and Carlo Roccuzzo. The wife of the legendary player has an interest in playing tennis and traveling across South America and Europe. Her zodiac sign is Pisces. Antonela Roccuzzo possesses assets worth 20 million US dollars according to recent reports.

Both, Lionel Messi and Antonela are friends since their childhood days. They went to same school Centro Educativo Latinoamericano. She is one of those people along with Lionel Messi’s parents and best friends who have seen the growth of the player.

Lionel Messi married his best friend, Antonela Roccuzzo on 30th June 2017 which can be seen on their tattoos. The childhood friendship remained intact even after Lionel Messi left for Spain when he was just 13. Lionel Messi’s wife moved to Barcelona in the late 2000s to live with her boyfriend and now husband. She is the mother of Thiago, Mateo, and Ciro Messi. The player publicly announced his relationship with Antonela in 2008.

Both got into a wedlock in a luxury hotel in Barcelona with only 250 guests. The guest list included few stars, close family and friends of Lionel Messi and Antonela Rocuzzo. The public was not allowed to attend the wedding instead the marriage was screened on big screens in the parts of the city. The model rose to fame when Argentina qualified for the finals of Copa America.