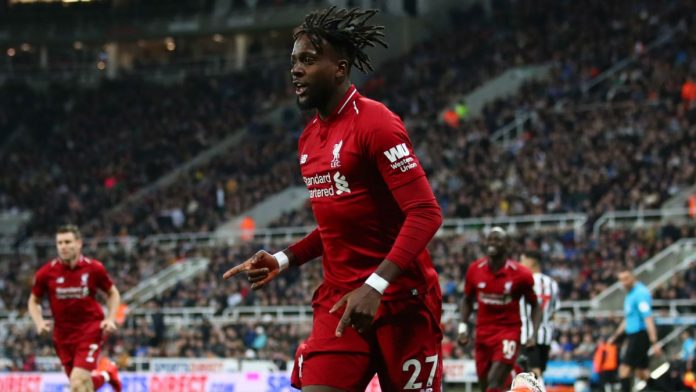 Divock Origi signed a new five year contract with Liverpool in 2019 and will be with the club until the summer of 2024. Until and unless some club decides to take a major risk and sign an out of form striker who is low on confidence and not too skilled too, Liverpool will be forced to keep him till 2024 or choose to relegate him to the u-23s. The Origi who peaked in the 2015/16 season and played a prominent role in the 2018/19 season has disappeared and has become a shadow of his former self.

Injuries, lack of form, no confidence, sudden loss of skills and pace has all contributed to the downfall of Divock Origi

Back when being signed by Brendan Rodgers in 2014, Divock Origi had showed massive potential and was signed for a considerable fee. He debuted for Liverpool in the 2015/16 season and excelled under Jurgen Klopp as he played 16 matches and got 5 goals and contribute 1 assist. From then he had average figures as 34 matches yielded 7 goals and 3 assists in the 2016/17 season. He was loaned to Wolfsburg in the 2017/18 season and didn’t exactly set the league on fire as he played 31 matches and had 6 goals and 2 assists to his name.

He peaked around the 2018/19 season as Jurgen Klopp used him mostly as a super-sub and that reaped massive benefits for Liverpool. He scored one of the craziest goals in football history as Liverpool defeated Everton in 90+6 at Anfield. He got a last minute winner against Newcastle United as Liverpool dragged the title race till the last game of the season with Manchester City. He got a goal against Watford, but it was in the Champions League that he became a cult hero for Liverpool.

Since then he hasn’t made much contributions aside from the Carabao Cup match against Arsenal and against Everton in the Premier League. Liverpool have tried to offload him but has been to no avail as no club has wanted to sign him. Wolves showed interest but a move didn’t materialise as manager Nuno Esprito Santo wasn’t given the funds to sign him. The trend continues as Origi stays at Liverpool for yet another season and hasn’t moved on.