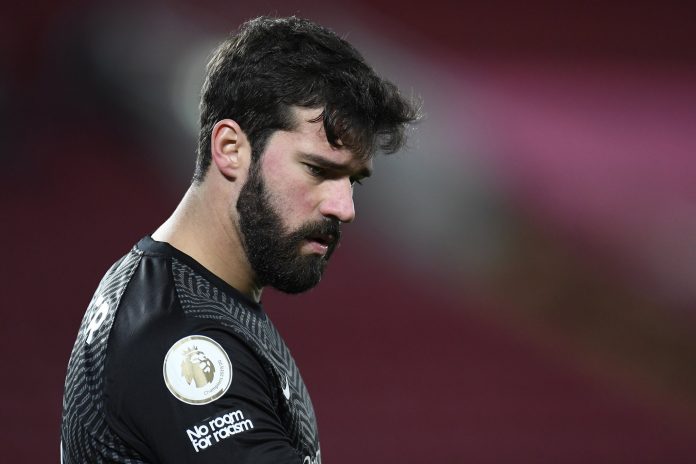 It would seem that Liverpool is the most cursed side in the world right now as they lost for the third time in a row at Anfield. Once a bastion of invincibility and full of the roar of the fans, now it is a place where any and all club can come and get away with a win. Such is the form of Liverpool that it is better for them to save face and challenge for top 6 atleast in order to qualify for the Europa League. Not one player of this club performed half decently and as a result Liverpool are struggling to stay afloat in the Premier League.

At the rate that events are going, securing Champions League qualification could become quite a predicament

Manchester City absolutely deserved to win this match and let’s not dispute the quality of theirs. Kevin De Bruyne and Sergio Aguero both didn’t play while Ferran Torres and Fernandinho were left on the bench. Despite that, it seemed like only 11 men were playing on the field as Liverpool’s XI disappeared from the field.  A case could be made that Trent Alexander-Arnold was the only one actually playing in the match as he proved a danger in the right side of the pitch. Even that was only temporary as Manchester City shut him out of the game soon after.

Ilkay Gundogan got a penalty as Liverpool’s Fabinho fouled Raheem Sterling with a needless tackle and blazed the penalty skywards. This was the third penalty miss by a Manchester City player as Riyadh Mahrez, Kevin de Bruyne and Gundogan all missed their chances. However that was simply the quiet of the storm as five minutes after the match resumed after half-time, Gundogan made amends and scored from a rebound off Alisson. Mohamed Salah equalized soon after with a penalty, but Manchester City shifted into full throttle here and blew apart Liverpool.

John Stones put the ball in the net but was rightfully ruled for offside, but minutes later Alisson Becker imploded as he gifted two goals to Manchester City. Ilkay Gundogan pounced on the first mistake and turned in from close range after Foden laid him the ball. 3 minutes later Alisson committed another blunder as he gave away the ball and Raheem Sterling headed the ball in from a Bernardo Silva chipped ball. Later Phil Foden smashed the ball into the top corner as Manchester City ripped apart Liverpool in 10 minutes of second half time. Phil Foden played like a man far beyond his age and mature and was deservedly the man of the match.

The title is now literally out of Liverpool’s hands and is Manchester City’s to lose as the latter pull 10 points away from the former. They still have a game in hand and could very well put 13 points between Liverpool and themselves. It would serve better for Liverpool if they kept a watch over their back as the other teams are catching up with them. It is better for Liverpool to close shop and focus on retaining their place in the Champions League next season and hope to start afresh with the return of Virgil van Dijk and Joe Gomez next season.

Also read: Liverpool looking to offload Belgian striker Divock Origi but find no suitors for him