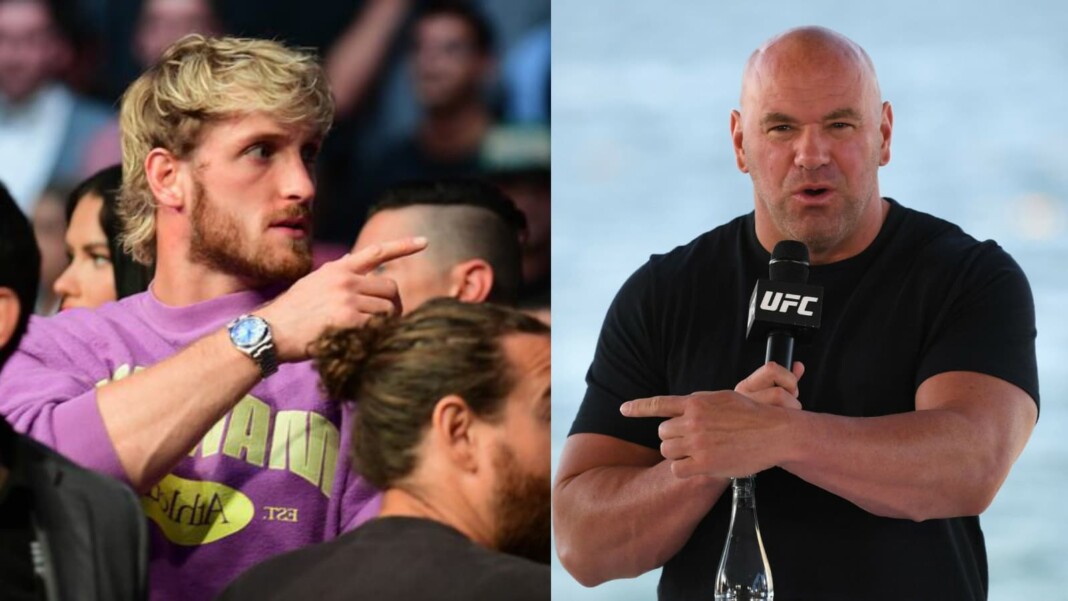 Paul brothers have become prominent figures in the world of combat sports, the younger one Jake Paul is coming off from an impressive first-round knockout victory against former UFC fighter Ben Askren, and he is now supposed to face Tyron Woodley in a boxing match on 29th August at Cleveland.

The elder brother Logan Paul is coming off from a very successful exhibition boxing match against the legend Floyd Mayweather. Logan also runs a podcast named “Impaulsive” and on its recent episode, Logan talked about an interesting phone call from the UFC president Dana White himself.

“So, I answer and I’m not sure what to expect because Jake’s pissed him off. Him and Jake have an ongoing feud. I’ve also come out publicly and said I love Dana White. I just love Dana White — I always have, I always will. He’s a ruthless business man, he’s the head honcho, and I’ve got no beef with him. But I’m not sure how he feels about me because, by default, my relationship with my brother will always take precedence, but if I can be cool with someone I will,” said Logan.

“I hung up and Jake was like, ‘That was weird,’” Jake Paul wasn’t too pleased with the conversation between Logan Paul and Dana White

Logan explained how the call went down, he stated “He calls me and goes, ‘Hey man, is this Logan?’ I’m like, ‘Yeah, what’s up Dana?’ He’s like, ‘You got two tickets, right? I got better seats for you in what’s called billionaire’s row,’ and he says, ‘You’ll have a much better experience.’ I’m like flabbergasted and honored because Dana White is accommodating me, this is fantastic. And I’m like, ‘Sure, thanks Dana,’ and I hung up and Jake was like, ‘That was weird.’”

Also read: “You deserve this chain more than me” – Jake Paul gifts $100,000 worth ‘Sleepy Conor McGregor’ chain to Dustin Poirier

Tatiana Suarez is out of UFC 266, veteran Roxanne Modafferi to face a new opponent